Goa Chief Minister and former Defence Minister Manohar Parrikar died on Sunday after battling pancreatic cancer for over a year. 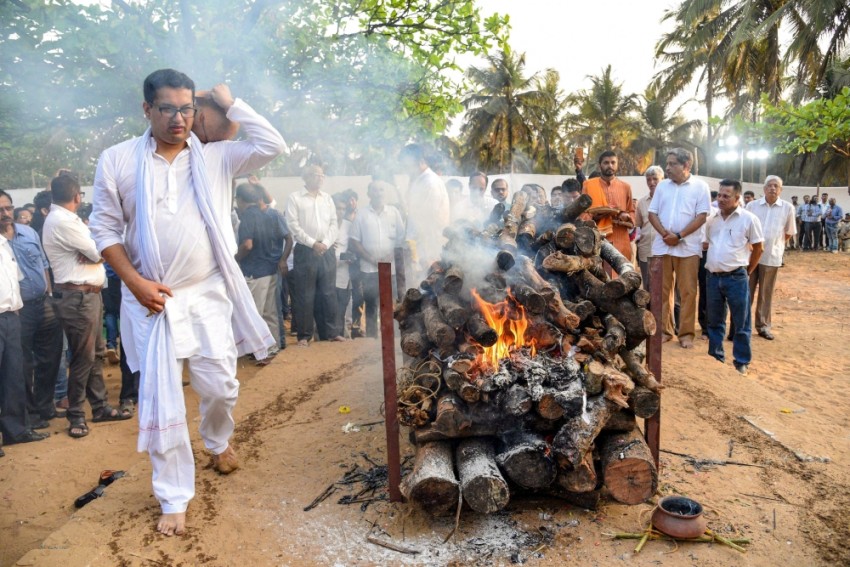 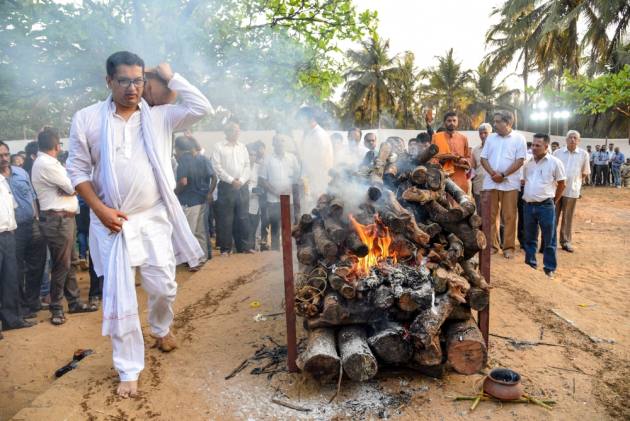 The last rites of Goa Chief Minister and former Defence Minister Manohar Parrikar, who died on Sunday after suffering from pancreatic cancer for over a year, were held with full military and state honours at the Miramar beach on Monday evening.

Thousands of supporters and BJP workers accompanied the funeral cortege from the Kala Academy Arts and Cultural Centre, where the remains had been kept throughout the day for the public to pay last respects to the nearby Miramar beach.

The mortal remains of Parrikar, wrapped in the national tri-colour, were placed on a pyre amid a 21 gun salute at the beach and his elder son Utpal Parrikar consigned it to flames.

Parrikar, 63, is survived by two sons, two daughter in-laws and a grandson.

Parrikar was Chief Minister of Goa on four separate occasions, but could not complete a single term in office. He served as Defence Minister in the Narendra Modi cabinet from 2014-17 before returning to state politics.

His death has triggered a political crisis in Goa, with the BJP being unable to come up with a alternative Chief Ministerial candidate, who is acceptable to coalition allies.