Mahatma Gandhi Is 'Father Of The Nation Of Pakistan', Says BJP Spokesperson; Suspended

The BJP on Friday suspended its Madhya Pradesh spokesperson Anil Saumitra from its primary membership for calling Mahatma Gandhi the "father of the nation of Pakistan". 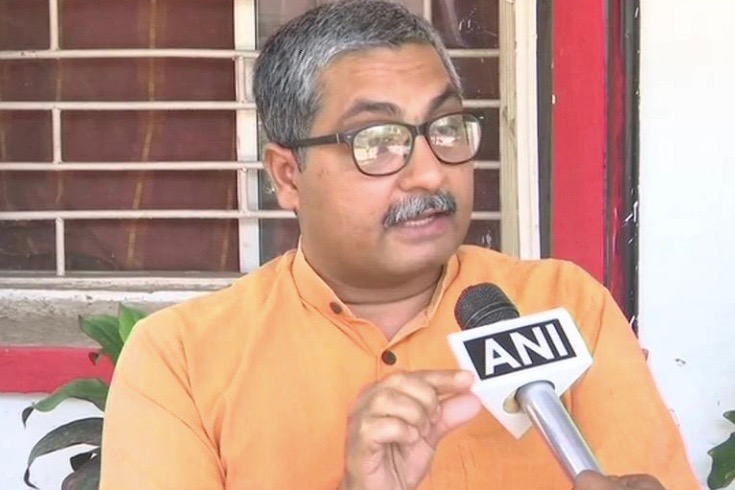 The BJP on Friday suspended its Madhya Pradesh spokesperson Anil Saumitra from its primary membership for calling Mahatma Gandhi the "father of the nation of Pakistan".

In a Facebook post earlier in the day, Saumitra wrote: "Mahatma Gandhi was the father of the nation but of Pakistan. India has had crores of sons like him, some worthy, some unworthy."

Quizzed about the post, Saumitra told reporters: "Nobody known or unknown has the honour of being the father of India. So Mahatma Gandhi could be the father of the nation but of Pakistan. Everyone is proud to be the son of the Indian motherland."

Madhya Pradesh: BJP leader Anil Saumitra suspended from primary membership of the party over his social media post calling Mahatma Gandhi father of Pakistan. The party asks him to reply in 7 days. pic.twitter.com/w0MazFWfCZ

"No one is 24X7 spokesperson of the party. His views are not always the views of the party," he said.

Saumitra's remark came a day after the BJP Lok Sabha candidate from Bhopal, Pragya Singh Thakur, told reporters during a road show in Agar-Malwa: "Nathuram Godse was a patriot, is a patriot and will remain a patriot. People calling him a terrorist should instead look within. Such people will be given a befitting reply in these elections."

She later apologized for her "personal remarks".

"I respect Mahatma Gandhi, his contribution to the country cannot be forgotten. If my statement has hurt anyone, I apologize for it. My intention was not to hurt anyone, I was misquoted," she said.

Pragya Thakur also called off her election roadshow in Burhanpur in the Khandwa Lok Sabha constituency as she was unwell.

Her office staff would not disclose her location. The campaign ended for the last of eight seats in the Nimar-Malwa region on Friday.

BJP sources admitted that Pragya Thakur had to be pulled out of the election campaign to spare the party embarrassment in the Assembly segments of the constituencies that have voted for the Congress.

The party has also directed its spokespersons to avoid any arguments on the issue.

Hitesh Vajpayee, another senior spokesperson and media coordinator for Pragya Thakur, avoided speaking on the issue.

"I have nothing to say on the subject," he said when nudged on the possible engagements of Pragya Thakur.

But the BJP is avoiding any firm action against the hotheads apparently under pressure from the RSS. But the BJP has to humour the moderates at it holds seven of the eight seats that are going to polls on Sunday.

Prime Minister Narendra Modi said on Friday that Pragya Thakur may have apologized for her comments "but I will not be able to able to forgive her".

BJP President Amit Shah distanced the BJP from Pragya Thakur's remarks and said she and two MPs had similar statements in their personal capacity.