'Leaders emerge from crowds, but leaders are not those who lead people in 'inappropriate directions'," said the Army chief. 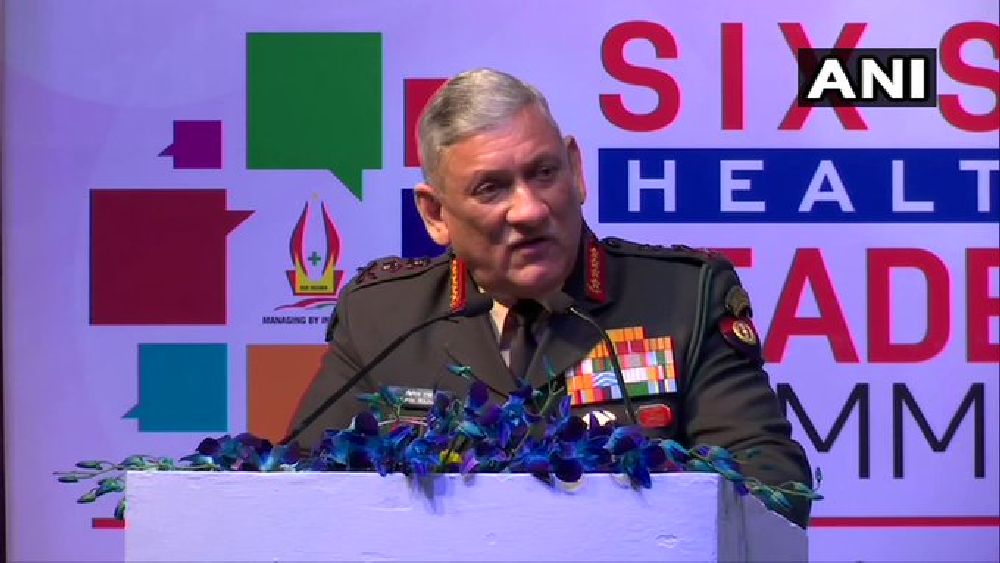 Army chief Bipin Rawat on Thursday said that people who guide masses to carry out arson and violence are not leaders. He made the remarks in reference to the protests against the Citizenship Amendment Act that led to violence in certain areas, including near Jamia Milia Islamia in the national capital and several parts of Uttar Pradesh.

"Leaders emerge from crowds, but leaders are not those who lead people in 'inappropriate directions'," said the Army chief.

#WATCH Army Chief Gen Bipin Rawat: Leaders are not those who lead ppl in inappropriate direction. As we are witnessing in large number of universities&colleges,students the way they are leading masses&crowds to carry out arson&violence in cities & towns. This is not leadership. pic.twitter.com/iIM6fwntSC

"What is so complex about leadership, if it is all about leading. Because when you move forward, everybody follows. It is not that simple. It appears simple, but it is a complex phenomenon," Rawat said.

Since both houses of the Parliament approved amendments to the citizenship law earlier this month, protests - sometimes violent - have taken place across the country. Multiple protestors have been injured and have died in these protests, especially in Uttar Pradesh and Karnataka.

Giving the example of ongoing protests by a large number of university and college students, the Army Chief said the way masses of crowds are being led to carry out arson and violence in cities and towns is not leadership.

Jamia Millia Islamia has taken a centre stage in the ongoing protests. Jamia made headlines in national and international press when police barged inside the campus earlier this month and fired tear gas shells, lathi-charged students after a protest against Citizenship Act turned violent outside the campus. The students of Jamia later distanced themselves from the violence that had erupted near the university.