The team observed the galaxy, which is located in the Hubble Extreme Deep field, through AstroSat, for more than 28 hours in October 2016. But it took nearly two years since then to carefully analyse the data to ascertain that the emission is indeed from the galaxy. 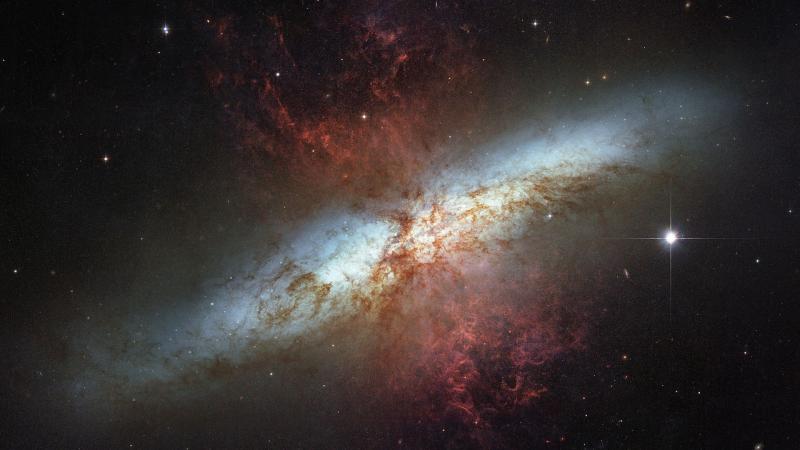 A representative image of a galaxy.
Outlook Web Bureau August 24, 2020 00:00 IST India's AstroSat Discovers One Of The Earliest Galaxies In Extreme UV Light

AstroSat, India’s first multi-wavelength satellite which has five unique X-ray and ultraviolet telescopes working in tandem, has detected extreme-ultraviolet light from a galaxy called AUDFs01, 9.3 billion light-years away from Earth.

The discovery was made by an international team of astronomers led by Dr. Kanak Saha, associate professor of astronomy, at the Inter-University Centre for Astronomy and Astrophysics,  Pune and was published on Aug. 24, 2020, by Nature Astronomy.

According to a IUCAA release, Dr. Saha and his team observed the galaxy, which is located in the Hubble Extreme Deep field, through AstroSat, for more than 28 hours in Oct. 2016. But it took nearly two years since then to carefully analyze the data to ascertain that the emission is indeed from the galaxy. Since UV radiation is absorbed by Earth’s atmosphere, it has to be observed from Space.

Earlier, NASA’s Hubble Space Telescope, significantly larger than UVIT, did not detect any UV emission from this galaxy because it is too faint. “AstroSat/UVIT was able to achieve this unique feat because the background noise in the UVIT detector is much less than the ones on HST,”  said Dr Saha.

"This is a very important clue to how the dark ages of the Universe ended and there was light in the Universe. We need to know when this started, but it has been very hard to find the earliest sources of light. I am very proud that my colleagues have made such an important discovery," said Dr Somak Raychaudhury, Director of IUCAA.

AstroSat was launched on Sept. 28, 2015, by the Indian Space Research Organization (ISRO) and has onboard the UltraViolet Imaging Telescope (UVIT). The 38-cm diameter UVIT, which is capable of simultaneous imaging in far and near-ultraviolet bands with a wide field of view, was developed by teams from IIA, IUCAA, and TIFR from India, and CSA of Canada under the leadership of Shyam Tandon, ExEmeritus Professor, IUCAA.