India last revised its air pollution standards in 2009, which have been more relaxed in comparison to WHO's prescribed guidelines and other Asian countries. 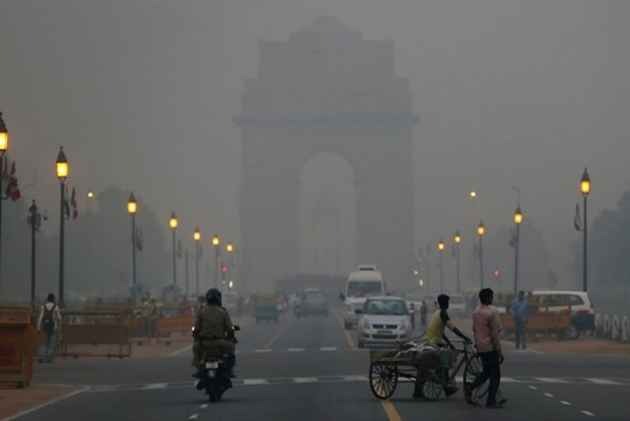 Among Asian countries India ranks third after Bangladesh and Pakistan among the most polluted according to the World Health Organisation (WHO) air quality analyses.

Releasing the revised Air Quality Guidelines on Wednesday after 16 years, WHO states that the new guidelines provide an assessment of health effects of air pollution and thresholds for health–harmful pollution levels.

In South Asia, where the air pollution levels are consistently high and the health burden is stark, these new guidelines are expected to renew interest in the topic and create an opportunity to push for stronger action.

Over 90% of the world’s population lives in areas that exceed the thresholds and limits for key air pollutants set by the WHO.

“Unfortunately, for South Asia, this is approximately 100%. In the 16 years since the Guidelines were last updated, multiple scientific studies have evidenced the true harm caused by poor air quality,” the WHO stated.

India last revised its air pollution standards in 2009, which have been more relaxed in comparison to WHO's prescribed guidelines and other Asian countries.

The WHO Air Quality Guidelines, while not legally binding for countries, is expected to set in place new air quality standards and thereby help in influencing policy makers in their approach to air pollution globally.

Air pollution is considered the greatest environmental threat to health, and it disproportionately affects vulnerable populations: 91% of deaths from ambient air pollution occur in low-income and middle-income countries.

Another study by Harvard University revealed that air pollution from fossil fuels is responsible for 1 in 5 deaths worldwide and collectively accounts for a staggering 8.7 million deaths in 2018 alone. Children are also especially vulnerable, as exposure to air pollution in early childhood can lead to reduced lung capacity. Globally, approximately 15% of deaths from COVID-19 are linked to PM2.5 air pollution.

India's National Clean Air Programme (NCAP) has a target to reduce 20-30% of PM2.5 and PM10 concentrations by 2024, taking levels in 2017 as the base year. Integrating the top 10 cities from WHO's most polluted cities' list, 122 non-attainment cities were identified for NCAP, which did not meet India's National Ambient Air Quality Standards (NAAQS) for the period of 2011-15. NAAQS standards were notified by the Central Pollution Control Board (CPCB) to ensure "protection of health" among other reasons.

According to an analysis by Greenpeace India - among 100 global cities, Delhi's annual PM2.5 trends in 2020 was 17 times more than WHO's revised air quality guidelines of 5 ug/m3, while Mumbai's was 8-fold.

Calculating premature deaths and financial losses due to air pollution for 10 cities across the world, Delhi accounted for the maximum number of deaths, 57,000 in 2020 and 14% of GDP loss due to air pollution. While GDP percentage share was highest amongst cities, the cost per capita was low in comparison to other cities which have higher per capita income and accumulated losses.

On September 7, the second International Day for Clean Air & Blue Skies, approx 100,000 health representatives from 4 South Asian countries -- India, Pakistan, Bangladesh and Nepal -- called for a phase out of fossil fuels to win against the twin challenges of air pollution and climate crisis.

Prof S N Tripathi, Professor, Indian Institute of Technology Kanpur & Steering Committee Member, National Clean Air Programme, India, states, “There is no two ways about the need for revising India's air quality standards to make them more stringent. Even at the current relaxed standard of 40 ug/m3 for annual PM2.5 averages in India vs WHO's 2005 annual limit of 10 ug/m3, most Indian cities failed to meet even those levels.” In parallel, Tripathi stresses the need to strengthen our health data and revise the National Clean Air Programme accordingly. Raw health data is required to conduct a large range of health studies vis-a-vis air pollution impacts for India's varied demography, exposure and differing PM2.5 composition. A single exposure prevention response will not suit the Indian population.