The data says that about 5.56 lakh Indians die of prostate cancer every year. 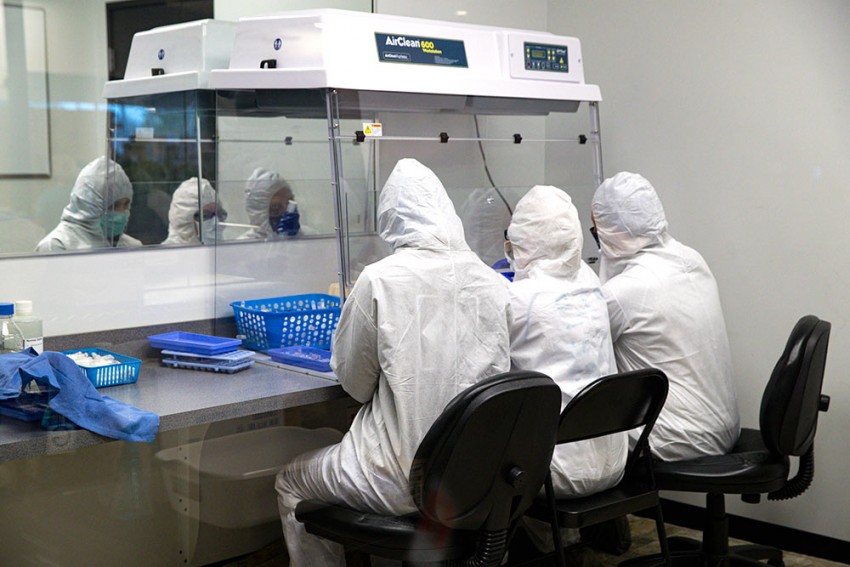 Researchers at the Indian Institute of Technology (IIT), Gandhinagar, claim to have discovered a new molecule which can be used as a targeted therapy for prostate cancer.

The research in collaboration with scientists at Louisiana State University Health Center, USA and the University of Manchester, has also been published in international journal "Cell Press, iScience".

According to Sivapriya Kirubakaran, Professor at IIT Gandhinagar, who led the research, about 5.56 lakh Indians die of cancer every year, and the increasing resistance to anti-cancer drugs is also of grave concern.

"Prostate cancer, the second most commonly occurring cancer in men worldwide needs a hormone called 'androgen' to grow. The standard treatment method is hormonal therapy or androgen-deprivation therapy (ADT) which provides respite from disease progression. However, it could fail when cancer spreads to other parts of the body leading to a terminal phase of the disease," Kirubakaran told a news agency.

"We have discovered a new molecule called J54 which has shown great potency not only in cells but also in animals (mice model) to completely reduce tumour (prostate cancer) in 50 days (in male mice). The median time for prostate cancer to shrink in human male patients is about 18 months, some quicker, some slower, depending on the size of tumour detected," she added.

Sivapriya further explained that this molecule is the first selective inhibitor of the protein that causes cancer initiation and growth, mainly in the prostate.

"Since J54 combination therapy is targeted to a specific protein, it is expected to be more effective and personalised for the treatment of a particular patient. It has not shown any side effects or toxicity effects in normal cells and animals. The new molecule completely reduces prostate cancer in mice model.

"Also, the amount of drug used is considerably reduced when compared to known therapy. The efficacy and potency shown by J54 molecule create hope for a faster therapy of prostate cancer. The scientists are confident that the findings pave the way for a new targeted therapy for prostate cancer with fewer side effects, if proved successful in clinical and human trials," she added.