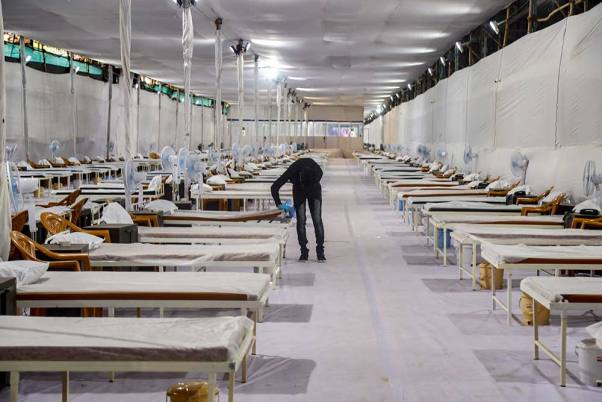 In some positive news, the number of recoveries  crossed the two lakh mark and stands at 2,04,710, while there are 1,63,248 total COVID-19 active cases, according to the updated official figure at 8 am.

One patient had migrated.

"Thus, around 53.79 per cent patients have recovered so far," an official said.

The total number of confirmed cases include foreigners.

India registered over 10,000 cases for the eighth day in a row.

Of the 336 new deaths reported till Friday morning, 100 were in Maharashtra, 65 in Delhi, 49 in Tamil Nadu, 31 in Gujarat, 30 in Uttar Pradesh, 12 each in Karnataka and West Bengal, 10 in Rajasthan, six in Jammu and Kashmir, five in Punjab, four each in Haryana and Madhya Pradesh, three in Telangana, two in Andhra Pradesh and one each in Assam, Jharkhand and Kerala.