The state government also postponed the 10th and 12th standard examinations of the Goa Board of Secondary and Higher Secondary Education. 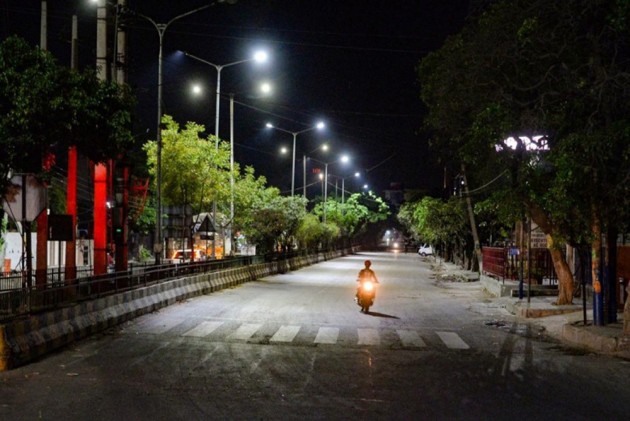 With the second wave of the pandemic sweeping across the country, the Goa government on Wednesday announced its decision to impose a night curfew in the state. The curfew will be imposed from Wednesday and it will be effective from 10 pm to 6 am till April 30.

The government has also decided to impose curbs on restaurants, cinema halls and casinos to contain the spread of the virus.

These developments come on a day when India reported 295,041 new Covid-19 infections and 2,023 fatalities. The country’s active caseload also breached the 21-lakh mark on Wednesday.

Goa joins numerous other states including Bihar, Telangana, Manipur, Kerala and Tamil Nadu among others in imposing a night curfew.

The Goa government also postponed the 10th and 12th standard examinations of the Goa Board of Secondary and Higher Secondary Education.

The decisions follow a high-level meeting chaired by Chief Minister Pramod Sawant to take stock of the Covid-19 situation in the state.

Petrol pumps, pharmacies and other essential services will remain open during the curfew hours, Sawant said, adding that during the night curfew only commercial vehicles transporting essential goods would be allowed to ply.

The curfew and other curbs would be in force till April 30 after which the state government will review the situation and take a call on their extension, he said.

Public will not be allowed to be on the road during the curfew, he added.

The chief minister said schools and colleges would be closed except for holding online examinations.

However, Sawant said the upcoming elections to five municipal councils will be held as per schedule and with Covid-19 protocols in place.

The chief minister said temples, mosques and churches have been barred from organising mass gatherings but they can continue performing rituals with limited people.

Sawant said wedding functions cannot have more than 50 guests and only up to 20 people can attend funerals.

The chief minister said there is no ban on industries and other economic activities.

He further said after taking into account the number of cases, the district administration will declare micro-containment zones.