Protesting farmers clashed with the police at various parts of the national capital, earlier today 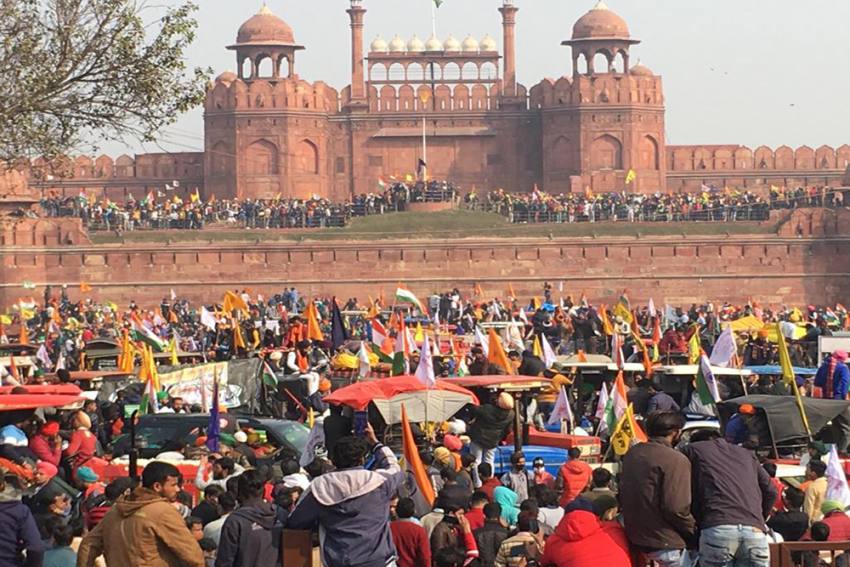 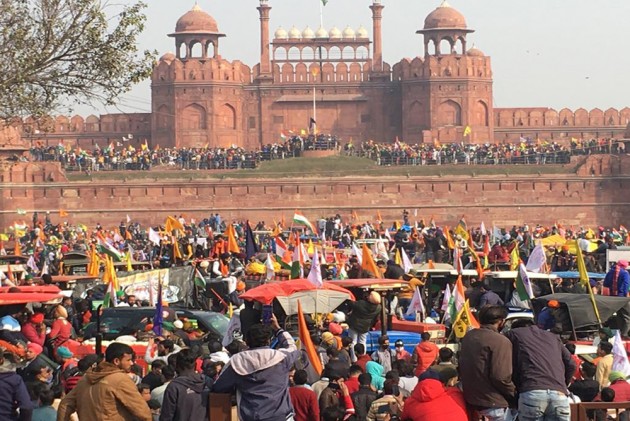 As protesting farmers clashed with the police on Tuesday leading to violence in various parts of the national capital, farm union leaders condemned the violence and urged farmers to maintain peace.

“We condemn and regret the undesirable and unacceptable events that have taken place today during farmers' protest,” members of the Samyukta Kisan Morcha said.

Samyukta Kisan Morcha is an umbrella organisation consisting of 41 protesting farm unions. The unions have been protesting the Centre’s agriculture legislations enacted in September, 2020.

At the moment, protests are being staged at Red Fort, ITO and Kashmere Gate in the national capital, among other places.

Protesting farmers breached the Red Fort earlier today and hoisted their flag atop the iconic structure. The Indian flag was untouched, only Nishan Sahib's flags -- a marker of Sikhism -- were hoisted by farmers on the poles. The iconic Delhi landmark is now occupied with protesting farmers with tractors lined outside.

“Antisocial elements infiltrated our otherwise peaceful movement. We dissociate ourselves from all such elements that have violated our discipline,” members of the Samyukta Kisan Morcha said.

As per a government advisory, Connaught Place will remain closed on Tuesday.

Meanwhile, the Ministry of Home Affairs has ordered the suspension of internet services in some parts of Delhi for 12 hours starting from Tuesday noon.

According to reports, Union Home Minister Amit Shah also held a meeting on Tuesday to discuss the security situation in the national capital.