Sardar Kashmir Singh, a native of Bilaspur in Uttar Pradesh's Rampur district, hanged himself in a mobile toilet using a rope, police said. 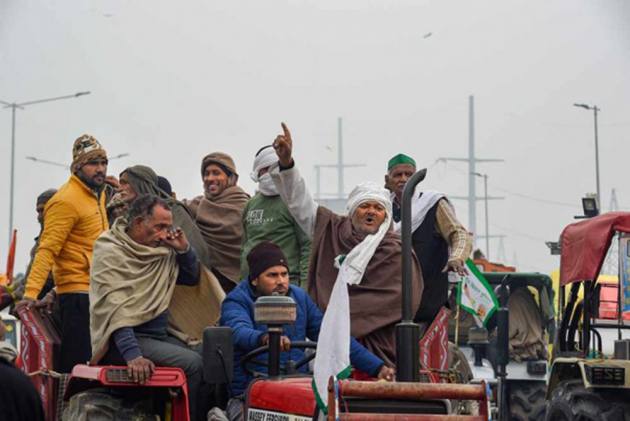 A 75-year-old farmer allegedly hanged himself at the Uttar Pradesh-Delhi border in Ghazipur on Saturday morning.

Sardar Kashmir Singh, a native of Bilaspur in Uttar Pradesh's Rampur district, hanged himself in a mobile toilet using a rope, police said.

Deputy Superintendent of Police of Indirapuram Anshu Jain told PTI that a suicide note written in Gurumukhi was found on him.

Farmers belonging to more than 40 farm unions have been protesting against the Centre’s new agri legislations at various border points of Delhi for over a month now.

In the purported suicide note, Singh reportedly expressed anguish that though some people from Punjab died during the agitation but no one from Uttar Pradesh or Uttarakhand had sacrificed his life for the cause. He also requested the Sikh community to help his family marry off his two granddaughters and to address the domestic problems being faced by his married daughter.

His body was handed over to his grandchildren who also were part of the protests in Ghazipur, police officer Jain said.

Bharatiya Kisan Union (BKU) national spokesman Rakesh Tikait expressed grief at the death of Kashmir Singh. He demanded that the government provide an ex-gratia of Rs 10 lakh each to the families of Kashmir Singh and another farmer who died of heart attack at the protest site on Friday.

Tikait alleged that the government was testing the patience of farmers. Till now 47 farmers have sacrificed their lives during the protests, he claimed, adding that their sacrifice would not go in vain.

Thousands of farmers have been protesting at various borders of the national capital for more than a month demanding repeal of the Farmers (Empowerment and Protection) Agreement of Price Assurance and Farm Services Act, Farmers Produce Trade and Commerce (Promotion and Facilitation) Act, and the Essential Commodities (Amendment) Act.

The government has presented these laws, enacted in September, as major agriculture reforms aimed at helping farmers and increasing their income, but the protesting unions fear that the new legislations have left them at the mercy of big corporates by weakening the MSP and mandi systems.

Meanwhile, BKU media in-charge Dharmendra Malik said in a press statement that they will gherao the Uttar Pradesh Assembly from January 10 if dues of sugarcane farmers are not paid immediately. Arrears of Rs 4,000 crore of sugarcane growers are pending, but the government is not helping them and is favouring sugar mills, Malik claimed.