The guild said that the journalists have been specifically targeted for reporting the accounts pertaining to the death of one of the protestors on their personal social media handles as well as those of the publications they lead and represent. 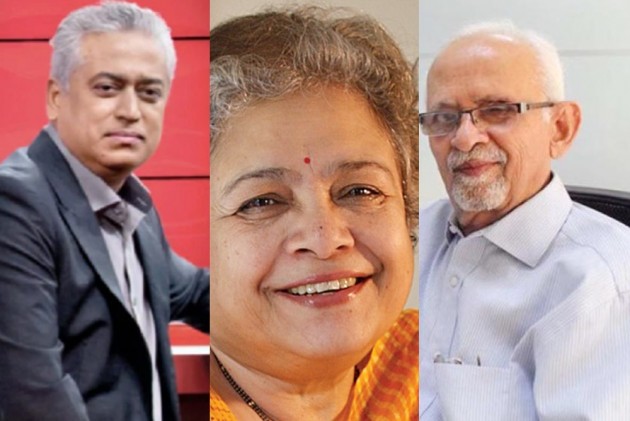 The Editors Guild of India (EGI) on Friday condemned the intimidating manner in which the Uttar Pradesh and Madhya Pradesh Police have registered FIRs against senior editors and journalists (including current and former office-bearers of EGI) for reporting on the farmers’ protest rallies and the ensuing violence that took place in the national capital on 26th January.  The Noida Police on Thursday filed a case against eight people, including journalists Rajdeep Sardesai, Mrinal Pandey, Zafar Agha, editors of The Caravan, and Congress leader Shashi Tharoor.

In a statement, the guild said that the journalists have been specifically targeted for reporting the accounts pertaining to the death of one of the protestors on their personal social media handles as well as those of the publications they lead and represent.

“It must be noted that on the day of the protest and high action, several reports were emerging from eyewitnesses on the ground as well as from the police, and therefore it was only natural for journalists to report all the details as they emerged. This is in line with established norms of journalistic practice,” said the Guild.

The guild demanded that the FIRs be withdrawn immediately and the media be allowed to report without fear and with freedom. “We also reiterate our earlier demand that the higher judiciary takes serious cognizance of the fact that several laws such as a sedition are often used to impede freedom of speech, and issue guidelines to ensure that wanton use of such laws does not serve as a deterrent to a free press.”

The FIRs have alleged that the tweets were intentionally malicious and were the reason for the desecration of the Red Fort. “Nothing can be further from the truth. On a day thick with information, the EGI finds these FIRs, filed in different states, as an attempt to intimidate, harass, browbeat, and stifle the media. That the FIRs have been booked under as many as ten different provisions including sedition laws, promoting communal disharmony, and insulting religious beliefs, is further disturbing,” it added.

The guild also mentioned that it was done to grievously hurt the media and prevent it from working as an independent watchdog of Indian democracy.