According to traffic arrangement for smooth conduct of the parade rehearsal that will start from 9 a.m to 12.30 p.m. 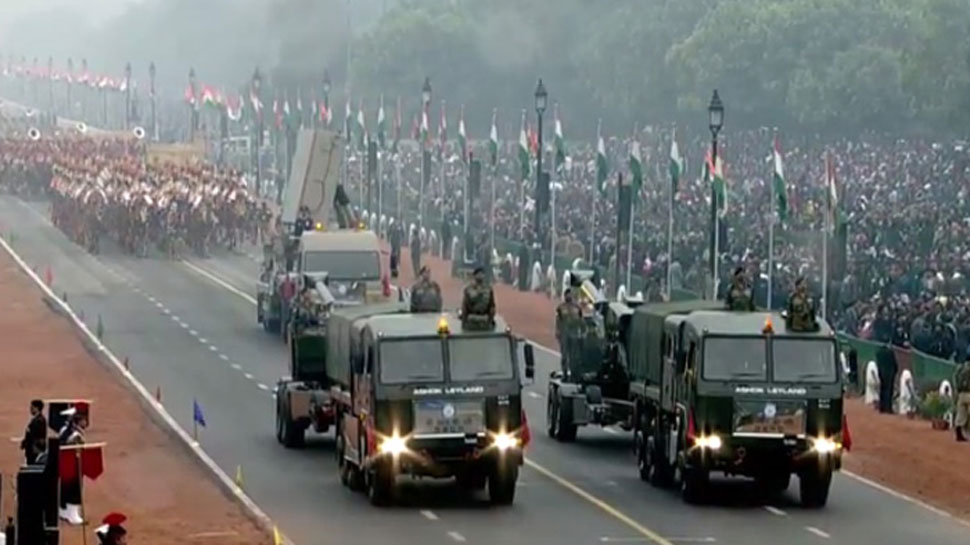 Ahead of the 2019 Republic Day parade rehearsal, the Delhi Police on Tuesday issued a traffic advisory suggesting motorists and general commuters to avoid roads connecting Red Fort and Vijay Chowk due to restrictions from Wednesday till January 26.

According to traffic arrangement for smooth conduct of the parade rehearsal that will start from 9 a.m to 12.30 p.m, commuters and motorists have been suggested to avoid Vijay Chowk-Rajpath, C-Hexagon Outer Road up to Tilak Marg-Bahadur Shah Zafar Marg-Netaji Subhash Marg via Red Fort.

"No traffic movement will be allowed on Rajpath from 11 p.m on Tuesday on Rafi Marg, Janpath and Man Singh Road till the parade is over. C-Hexagon at India Gate will be closed for traffic from 9 a.a on Wednesday till the parade crosses Tilak Marg," Joint Commissioner of Police Alok Kumar said.

For the facilitation of smooth passage of the parade, motorists and commuters are requested to plan their journey in advance accordingly and avoid the route of the parade from 9 a.m to 12.30 p.m for their own convenience, Kumar said.

"There is East and West corridor for motorists who have been suggested to take Ring Road via Bhairon Road at Mathura Road and Lodhi Road. For going AIIMS Chowk, commuters can take Ring Road-Dhaula Kaun via Mandir Marg. For going Ring Road-ISBT, motorists can take Chadgi Ram Akhara via IP College and Mall road via Azadpur and Punjabi Bagh," he added.

Metro services will be available for commuters at all stations on Republic Day, but there will be no boarding and de-boarding at Central Secretariat and Udyog Bhawan stations from 5 am till 12 pm

"From 10 a.m on January 26, traffic on Tilak Marg, BSZ Marg and Subhash Marg will not be allowed in both directions. Cross traffic will be allowed depending upon the movement of the parade," he added.