After Ravi Shankar Prasad sought the permission of the Lok Sabha to introduce the Triple Talaq Bill, Tharoor initiated the arguments opposing the introduction, giving an impression that he was echoing the sentiment of the Congress party. 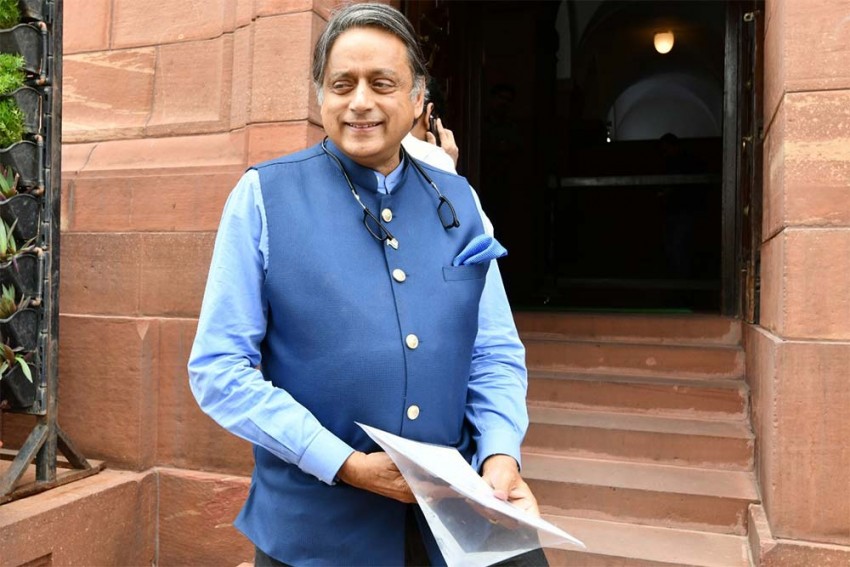 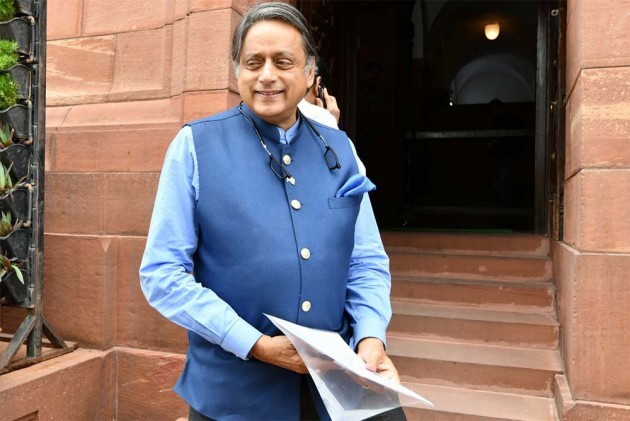 The Lok Sabha on June 21 saw Thiruvananthapuram MP Shashi Tharoor make spirited arguments against the Triple Talaq Bill, but his intervention has upset the Congress party, Outlook has learned.

A senior Congress leader said Tharoor had made the intervention in his personal capacity as a Lok Sabha MP, adding the party was “not in favour of opposing the introduction of the Bill and wanted the legislation to be referred to a Parliamentary Standing Committee for further discussion.”

Union law minister Ravi Shankar Prasad had introduced the Muslim Women (Protection of Rights on Marriage) Bill afresh in the Lok Sabha. The proposed legislation that criminalises the practice of talaq-e-biddat (divorce by three instant pronouncements of the word talaq) among Sunni Muslims and provides for a three-year prison term for an accused Muslim husband has been a key agenda of Prime Minister Narendra Modi, but his government’s efforts to have it enacted by the Parliament had failed during the previous NDA regime for lack of majority in the Rajya Sabha.

On Friday, after Prasad sought the permission of the Lok Sabha to introduce the Bill, Tharoor initiated the arguments opposing the introduction, giving an impression that he was echoing the sentiment of the Congress party, the largest Opposition bloc in the Lower House with 52 lawmakers.

Tharoor dubbed the Bill as a “textbook example of class legislation”, one that is “unconstitutional” in its character. He also asserted that abandoning of women by their husbands is equally prevalent among members of other religious communities and that the government should consider a universal law for abandoned wives, irrespective of their religion if it was actually concerned about providing protection to married women. This attack could be construed as a barb against Prime Minister Modi who had left his wife, Jasoda ben, shortly after their marriage.

While the introduction of the Bill was allowed following a division of votes that showed 186 present and voting Lok Sabha MPs in favour of the legislation (as opposed to 74 who voted against it), the three-term Thiruvananthapuram MP’s opposition to the proposed law was lapped up by Prasad to hit out at the Congress party.

“It was a matter of great distress that Congress chose to oppose the introduction of Triple Talaq Bill,” Prasad had said. The law minister had gone on to use Tharoor’s comments to also launch a broadside against Congress Parliamentary Party (CPP) chairperson Sonia Gandhi saying, “A woman leader like Sonia Gandhi Ji is the leader of Congress party, yet Congress party takes an anti-women position in the Lok Sabha, opposing even the introduction of the Bill, I must say it is not only painful but deeply regrettable.”

Several Congress leaders Outlook spoke to were of the opinion that Tharoor handed over an opportunity to the BJP to target the party and Sonia Gandhi. Some believe that the Modi government’s initiative on criminalizing instant triple talaq has made the BJP acceptable to a certain section of the Muslim community, particularly the women, while the Congress, which once claimed to represent the political interests of the religious minority, had been consistently losing its support.

“Tharoor’s opposition (to the legislation) was an individual endeavour… the party never deployed him to speak; he did it on his own after seeking permission from the Chair (Lok Sabha Speaker Om Birla),” a senior Congress MP told Outlook.

That the Grand Old Party was not in favour of opposing the introduction of the Bill, the MP said, could be gauged from the fact that its newly appointed Leader in the Lower House, Adhir Ranjan Chowdhury, did not initiate the debate from the Congress camp. “If the party had a firm view against Bill’s introduction, Chowdhury would have started the debate, not Tharoor,” the Congress leader said.

“We were not in the mood of opposing the Bill. We favoured a discussion. We are only opposed to certain provisions of the Bill like the jail term of three years. Our motive is that since there are various social, political and legal implications of the Bill, it should be scrutinized by a select committee or standing committee and opinion should be taken from all stakeholders before the legislation is brought to the House for passage,” Congress sources said.

“Tharoor has allowed the BJP to exploit the opportunity he has given them. It could have easily been avoided and this is why, on behalf of the Congress, no attempt was made to scuttle the introduction. Tharoor’s over-eagerness should have been checked,” a Congress Lok Sabha MP said.

Sources said that Chowdhury has now urged Sonia and Congress president Rahul Gandhi to direct the party’s Lok Sabha MPs to “keep him in the loop” on any intervention they wish to make on a subject during the House proceedings. A senior party leader said that Congress MPs in the Lok Sabha may soon be asked by Sonia, the CPP chairperson, to inform Chowdhury of any subject on which they seek to speak in the House in the future and that this must be done well in advance so that the party line, and “not an individual view masked as the party’s view”, is communicated during the proceedings.

While Business Advisory Committee of the Lok Sabha is yet to meet to decide the agenda for the coming weeks, Congress sources said that the party wants to press for a discussion on the worrying drought situation across the country and seek the government’s response on how it plans to deal with it.

BJP's Performance In UP A Miracle, It Surprised Many Even Within Party: Rajnath Singh