Launching a bitter attack on Congress, Modi said that any number of ‘hawans’ or ‘janeu’ will not absolve the party of putting the ‘blot of terrorism on saffron colour of Hindu religion’ 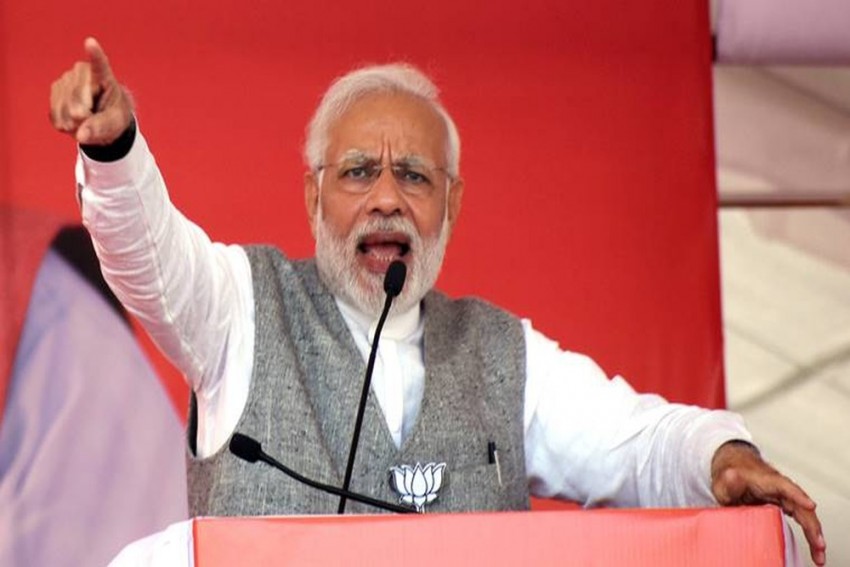 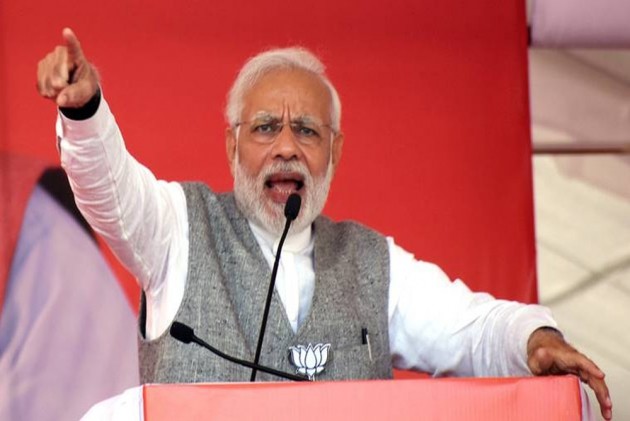 Referring to Congress leader Sam Pitroda's "hua to hua" (What happened, has happened) remark on the anti-Sikh riots in 1984, Modi said it showed the Opposition party's mentality.

"Whenever terrorists nurtured in Pakistan attacked here, they (Congress) put innocent people in jails. Congress has hatched 'Hindu atankwad' conspiracy to defame our religious heritage and great tradition for its vote-bank politics," Modi said at an election meeting at Khandwa in Madhya Pradesh.

"No matter how many 'hawan' (ritual fire) they conduct, how many 'janeu' (sacred thread) they show or get saffron dress stitched, Congress and its 'mahamilavati' (highly adulterated) allies will never escape from the sin of putting the blot of terrorism on saffron colour of Hindu religion," he said.

Modi's 'hawan' comment appeared to be directed at senior Congress leader Digvijaya Singh, who had roped in Namdev Tyagi, popularly known as "Computer Baba", to do a 'yajna' recently for the victory of the former state chief minister.

Singh and Tyagi also led a road show in which 'sadhus' chanted 'Jai Shri Ram' and demanded that Ram temple be built in Ayodhya, much to the surprise of many.

"Be cautious of these flawed intentions, if they get a chance, they will put India's security in danger," Modi stressed.

The prime minister hit out the Congress by pointing out to Pitroda's "hua to hua" remark.
"The truth of Congress is Sikh massacre in 1984 and now they say 'hua to hua'," Modi said.

Without naming Madhya Pradesh Chief Minister Kamal Nath, Modi said, "One who is guilty in public eye was made in-charge of Punjab Congress, but their leaders said take him away or we will be eliminated. Now, he has been imposed on you."

Talking about the 1984 Bhopal gas tragedy, he said, "Thousands of people lost their lives in Bhopal due to poisonous gas. Several generations were destroyed. Congress even ensured the escape of Bhopal gas tragedy accused (Warren Anderson). If today you ask them, they would say 'hua to hua', log mare to mare (so what if people died)."

The legendary playback singer Kishore Kumar's songs were banned during the Emergency, he said, adding, "But now, if the Congress is asked about it, it will say 'hua to hua'. Will you ask the vote-seeking Congress leaders about the way they have treated the son of Khandwa — Kishore Kumar?"

Modi claimed that he was campaigning with his good work, whereas the Congress and its allies were contesting the election with "falsehood and misdeeds".

Accusing the Madhya Pradesh government of not fulfilling the loan waiver promise made before last year's assembly elections, Modi said, "This is a living example of lies and betrayal. Madhya Pradesh is defeating them (Congress) in the entire country."

Apparently referring to Congress leaders Nath, Singh and Jyotiraditya Scindia, Modi said, "In Madhya Pradesh, one party has two-and-a-half chief ministers. The administration here doesn't even know whose orders are to be followed. In the name of industry, transfer industry has been nurtured."

"If this is the situation of one party's 'khichdi' (hotch-potch), what will happen to two dozen parties in Delhi. The country needs to be in safe hands to prosper and progress. If a 'khichdi' government comes to power, it will make country weak again," he said.

"We should attain power to defend ourselves and if required invade and kill the enemies," the PM added.

Modi also accused the Kamal Nath government of misusing the money of nutrition scheme for the campaigning of 'naamdar', a reference to Congress chief Rahul Gandhi.

Modi said as long as his government is in power, it will not allow tribal rights to be infringed.

"Every vote to BJP will go to Modi, who will always ensure that the country is strong and secure," he said.