BJP released its 2nd list of candidates after ally Akali Dal pulled out. 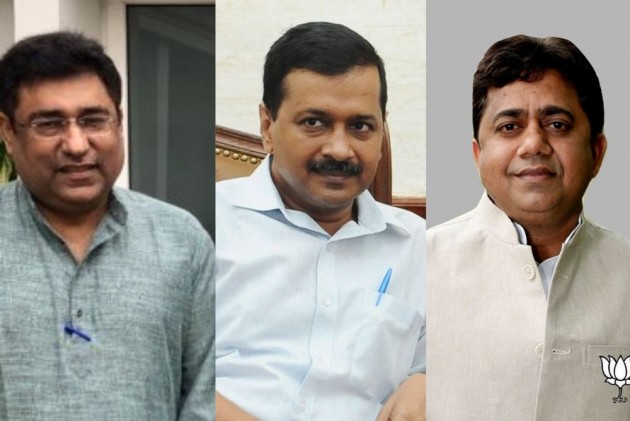 The BJP's decision has led to the ruling Aam Aadmi Party (AAP) saying that the saffron party has surrendered before the polls.

"Going by this list and BJP candidate against CM Kejriwal , it seems, BJP has surrendered," AAP spokesperson Saurabh Bharadwaj tweeted on Tuesday.

He added that the ruling AAP will win all the 70 seats in the February 8 Assembly elections.

Yadav is a young face, who is the state President of the Delhi unit of the BJP's Yuva Morcha -- Bharatiya Janata Yuva Morcha.

The list was announced after midnight following the announcement of Siromani Akali Dal (SAD) to not contest the Delhi polls in alliance with the BJP due to its stand on the Citizenship Amendment Act.

The Congress on Monday released a list of seven more candidates for the Delhi Assembly polls, fielding Romesh Sabharwal from New Delhi seat against Kejriwal.

A former NSUI head of Delhi, Sabharwal was missing the party ticket for the past several years.

Sabharwal told IANS, "I am thankful to Sonia Gandhi and all the members of the Congress election committee who have given chance to the son of a retired government employee. Outsiders used to contest from this seat earlier, but this time a local has got the ticket."