A Dalit woman was allegedly raped at a village in Uttar Pradesh’s Hathras by four men on September 14. 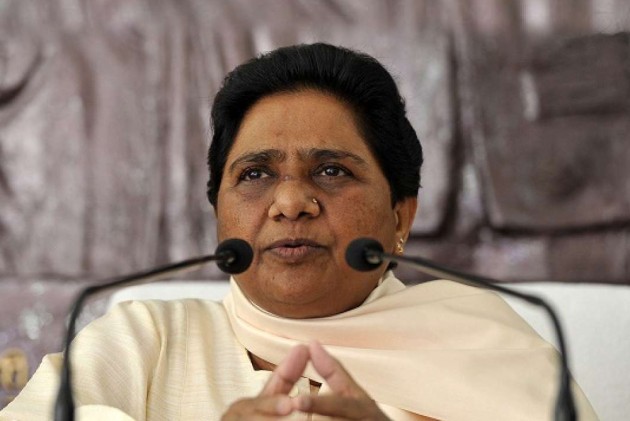 Amid the ongoing protests, BSP president Mayawati has demanded a CBI probe or Supreme Court-monitored inquiry into the Hathras gang-rape case. She said people were not satisfied with the initial investigations in the matter.

A Dalit woman was allegedly raped at a village in Uttar Pradesh’s Hathras by four men on September 14. After her condition deteriorated, she was referred to Delhi's Safdarjung Hospital where she breathed her last on Tuesday.

She was cremated in the early hours of Wednesday, with her family alleging the local police forced them to conduct the last rites in the dead of the night.

“There is tremendous resentment in the entire country over the Hathras heinous gang-rape case. The public does not seem satisfied with the initial probe report. Therefore, this matter should be investigated by the CBI or under the supervision of the honourable Supreme Court. This is the demand of the BSP,” Mayawati tweeted in Hindi.

“Also, the honourable President of the country, who also comes from UP and is a Dalit, it is a strong appeal to him to intervene in this case, keeping in mind the inhuman attitude of the government, to bring justice to the victim family,” she said in another tweet.

UP Cong Chief Under House Arrest Ahead Of Rahul Gandhi's Visit To Hathras: Reports