At the opening of an exhibition in the memory of artist Prabhakar Barwe on Friday evening, Palekar was repeatedly interrupted during his speech by some NGMA members. 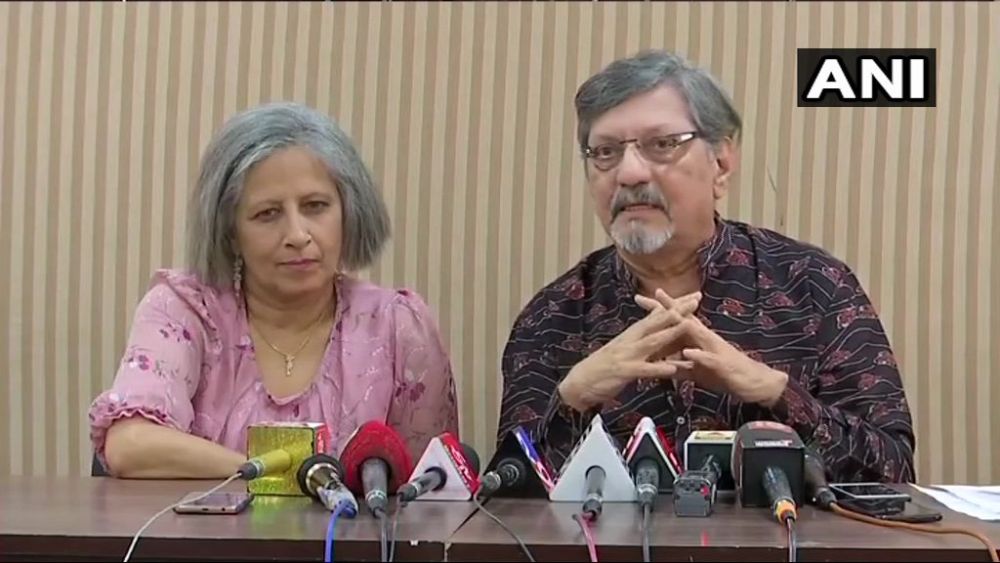 Veteran actor-director Amol Palekar, who was last week interrupted during his speech by some members of the National Gallery of Modern Art (NGMA), on Sunday said he was only trying to seek reasons behind the cancellation of retrospectives of two senior artists.

Retrospective is an exhibition or compilation showing the development of an artist's work over a period of time.

At the opening of an exhibition in the memory of artist Prabhakar Barwe on Friday evening, Palekar was repeatedly interrupted during his speech by some NGMA members.

A video available on social media showed Palekar criticising the Ministry of Culture for reportedly scrapping the advisory committees at the gallery's Mumbai and Bengaluru centres.

The actor-filmmaker told reporters in Pune on Sunday that the artistes' advisory committee at NGMA had approved holding of retrospectives of three artists, of whom Prabhakar Barwe's work was inaugurated.

Actor Amol Palekar on being asked to cut short his speech at National Gallery of Modern Art, Mumbai: Director was present there & she even said that I should have spoken to her before speaking this here. I even replied whether my script would be censored before I speak. pic.twitter.com/lF5nuH8bDv

"But I came to know that without any communication to the committee, the next two retrospectives have been cancelled by Mumbai NGMA's new director Anita Rupavataram. I wanted to raise these issues. How and when these decisions were taken, we wanted to know," he said.

Palekar said he was told that as per the new director, four floors of NGMA would be used for displaying the works and the dome (fifth floor) will showcase only fresh exhibitions.

"It is shocking. Propriety of my comments is being objected to by NGMA. As I was talking about NGMA at their own venue and invited by the gallery itself, how can it be improper?" he wondered.

Despite being interrupted during his speech on Friday, Palekar had refused to stop.

He went on to mention that writer Nayantara Sahgal was invited to speak at the Marathi literary convention recently but at the last minute the invitation was withdrawn because what she was going to say "was slightly critical of the
situation around us."

Meanwhile, Maharashtra Congress spokesperson Sachin Sawant said this was not an isolated incident and that it was being "deliberately" done for last five years.

He sought to draw a parallel between the incident involving Palekar and several earlier alleged attacks by right wing organisations on artists, social thinkers and public personalities who had criticised the BJP-led government.

"For the last five years, this government could not tolerate any criticism from various sectors of society. Their priority has been towards suppressing the dissent and threatening those who follow a different school of thought,"
Sawant said.

Weighing 30 Kilos, 'World's Largest Seed' From Over 120-Year-Old Tree Is Centre Of Attraction At Kumbh