National All Is Well: BJP Quashes 'Rumours' Of Upset MLAs Ahead of Uttarakhand CM Oath Ceremony

All Is Well: BJP Quashes 'Rumours' Of Upset MLAs Ahead of Uttarakhand CM Oath Ceremony

Within party lines, however, reports suggest that some may not be happy with the appointment of Dhami as CM. 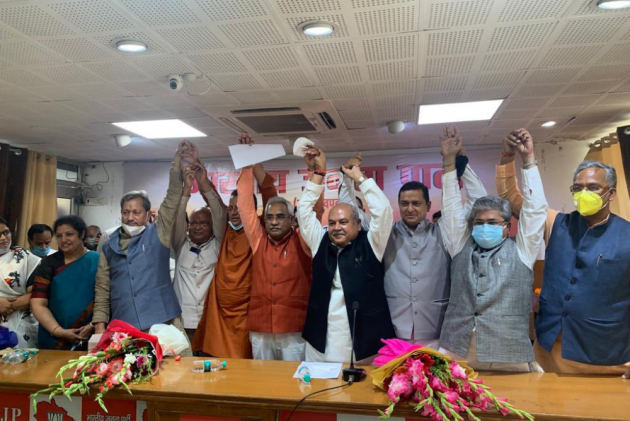 Within party lines, however, reports suggest that some may not be happy with the appointment of Dhami as CM.

On Sunday, however, the party denied such reports. Madan Kaushik told the media, "All is well within the party and everyone will attend the swearing-in," NDTV reported. Others such as state minister Bansidhar Bhagat dismissed the alleged objections put forth by MLAs as rumours.

The statement, however, came after reports that other BJP ministers and leaders were trying to convince the upset MLAs.

Meanwhile, Dhami is set to be sworn in as CM of Uttarakhand with his oath-taking ceremony scheduled to begin at 5 pm on Sunday.  The ceremony will take place in Raj Bhavan and will also mark the swearing-in of all the ministers in the state Cabinet.