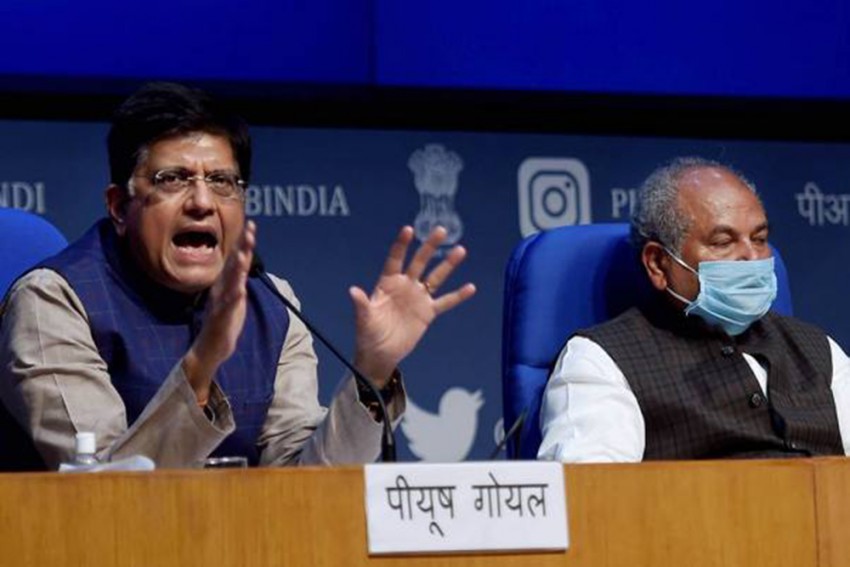 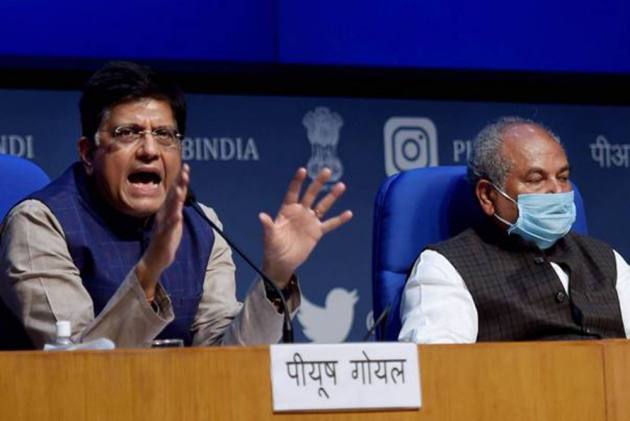 A day before the next round of talks are held between the Centre and the farmers protesting against the three new agri laws, Union ministers Narendra Singh Tomar and Piyush Goyal met senior BJP leader and Home Minister Amit Shah on Tuesday.

Sources said they discussed and finalised the government's position for the Wednesday meeting.

Agriculture Minister Tomar, Railway Minister Goyal and MoS Commerce and Industry Som Parkash have been representing the Centre in dialogues with the farmers.

It has been over a month now that thousands of farmers from Punjab, Haryana and parts of Uttar Pradesh, have been camping at Delhi's borders seeking repeal of the three farm laws enacted in September. They have threatened to intensify their stir in the coming days if their demands are not fulfilled.

The government has invited 40 protesting farm unions on December 30 for the next round of talks to discuss all relevant issues to find a "logical solution" to the current impasse over the three laws. The government's invite followed a proposal made by the unions last week to hold the talks on Tuesday.

So far, five rounds of formal talks have been held between the two sides. The last discussion was held on December 5, while the sixth round of talks originally scheduled for December 9 was called off a day after an informal meeting of Home Minister Shah with some union leaders failed to reach any breakthrough.

The government has presented these laws as major agriculture reforms aimed at helping farmers and increasing their income, but the protesting unions fear that the new legislations will leave them at the mercy of big corporates by weakening the MSP and mandi systems.