Deep Sidhu was one of the main instigators of the violence that broke out on Republic Day during farmers’ protests, police alleged 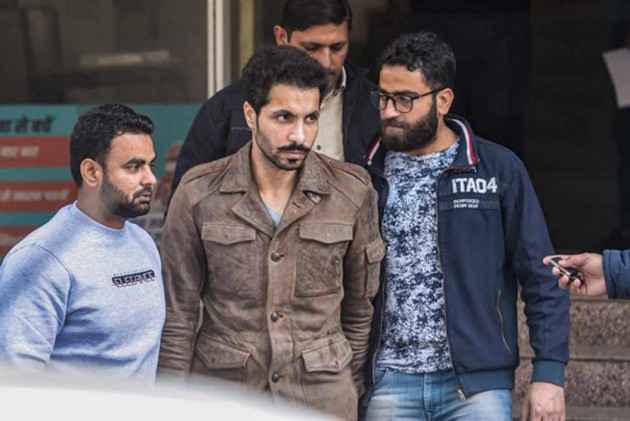 Punjabi actor Deep Sidhu has been sent to seven-day police custody. Sidhu was arrested by the special cell of the Delhi police on Tuesday on charges of instigating violence during the tractor rally on Republic Day.

While producing the actor before a court in Delhi, the police alleged Sidhu was one of the main instigators of the violence that broke out on Republic Day during farmers’ protests.

Sidhu's counsel, however, claimed he had nothing to do with the violence and was at the wrong place at the wrong time.

Interestingly, day after violence broke out on January 26, Sidhu had uploaded a Facebook video saying the incident should not be given any communal colour nor the protesters should be dubbed as fundamentalists or hardliners.

The Delhi police had announced a reward of Rs 1 Lakh for anyone who could provide information on the whereabouts of Sidhu.

Need Time To Bring Out Truth, Will Then Join Investigation: Deep Sidhu

Tens of thousands of farmers broke barriers to storm the national capital on January 26, during their tractor parade to protest the Centre’s new agriculture legislations. Soon after, violence broke out at various parts of Delhi as protesters clashed with police.

Thousands of protesting farmers who reached ITO from the Ghazipur border clashed with the police there. Many of them driving tractors reached the Red Fort and entered the premises of the monument. Over 500 police personnel were injured and one protestor died, during the clashes.

In the FIR registered in connection with the Red Fort violence, police said two magazines with 20 live cartridges were snatched from two constables by protestors who also damaged vehicles and robbed anti-riot gear.