‘In the past few weeks, there has been a slowdown in the rate of decline, which remains an area of concern,’ the Union Heath Ministry said 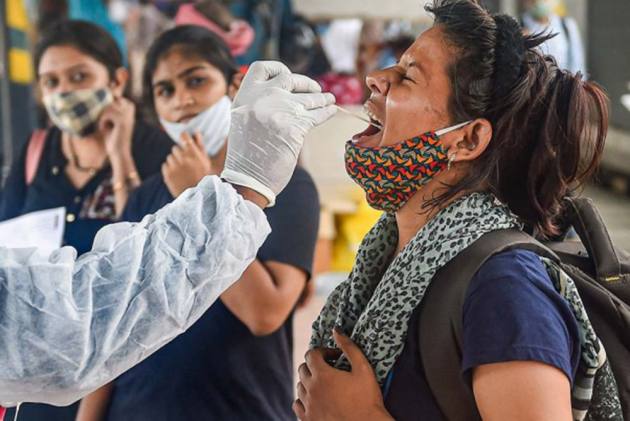 The Union Health Ministry on Tuesday raised concerns over the slowdown in the rate of decline of average daily Covid-19 cases in the country. Further, the ministry said that 22 districts in seven states have reported an increasing trend in daily Covid cases for the last four weeks.

The ministry further pointed out that eight districts, which previously witnessed a decline in Covid positivity rate, are now reporting a spike in the number of infections. As many as 54 districts in 12 states and UTs reported over 10 per cent Covid positivity rate for the week ending July 26, the Union Health Ministry said.

"The average daily new cases declined from 3,87,029 cases between May 5-11 to 38,090 cases between July 21- 27. In the past few weeks, there has been a slowdown/reduction in the rate of decline, which remains an area of concern," joint secretary in the health ministry, Lav Agarwal, said.

These developments come in the backdrop of Kerala reporting 22,129 new Covid-19 cases today. With the latest addition, the state’s caseload rose to 33,05,245, with the Test Positivity Rate (TPR) going back to more than 12 per cent.

A study by the Armed Forces Medical College looked at 15 lakh doctors and frontline workers and found that Covishield gives 93 per cent protection while there was 98 per cent mortality reduction, the government said.

India recorded less than 30,000 fresh Covid-19 cases after 132 days while its active caseload fell below 4,00,000 after 124 days on Tuesday, according to health ministry data.

The number of active cases dropped to 3,98,100 and comprises 1.27 per cent of the total infections. The national Covid-19 recovery rate improved to 97.39 per cent, it stated.