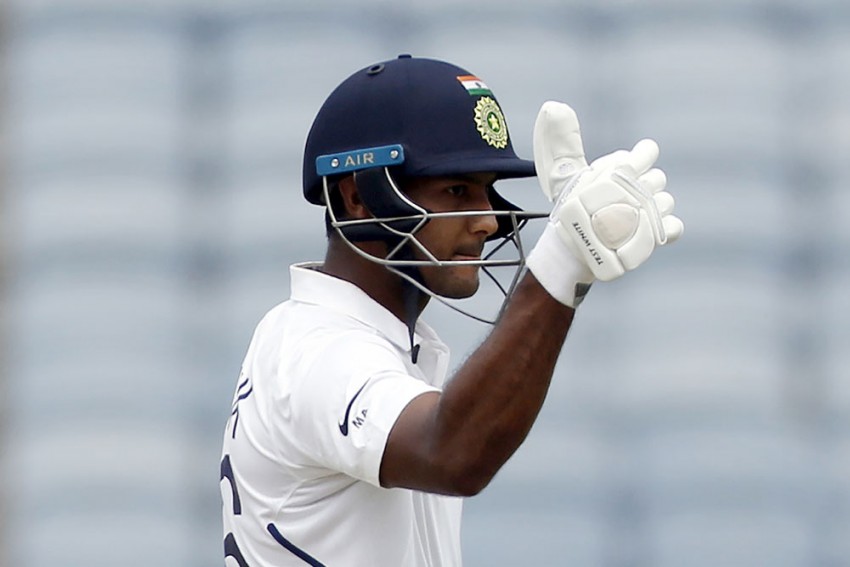 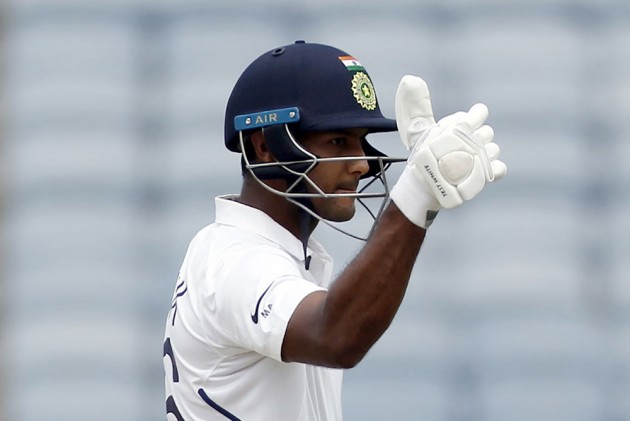 Mayank Agarwal hit a brilliant century (108 off 195) on Day 1 of the second Test against South Africa at Pune on Thursday. This is his second hundred in two matches,  and equaled legendary Virender Sehwag's feat of scoring back-to-back tons against the Proteas.

Agarwal, 28, reached the milestone with a four off the fifth ball of the 57th over, bowled by Vernon Philander. In the first Test at Visakhapatnam, which India won, the right-handed batsman scored 215 in the first innings.

Sehwag, who scored 8586 runs in 104 Tests for India, was the first Indian opener to score back-to-back tons against South Africa. The 40-year-old achieved the feat during the 2009-10 series, scoring 109 and 165 runs at Nagpur and Kolkata in February 2010. In fact, Sehwag also scored one of his triple centuries against the Proteas (319) at Chennai in March 2008.

Agarwal made his Test debut in December 2018 against Australia at Melbourne. This is his sixth match and has already scored more than 600 runs averaging 67.

He was dismissed by Kagiso Rabada for 108 runs in the 61st over, caught at slip by Proteas captain Faf du Plessis.

India won the toss for the second time in the series and batted first. Rohit Sharma, who set up the win at Vizag with twin tons, failed to repeat the magic, and walked back after making 14 runs.

Agarwal then added 138 runs for the second wicket with Cheteshwar Pujara to consolidate India's position in the match.