Rapid Action Medical Team (RAMT) has been flown from the Command Hospital Air Force Bengaluru to Thiruvanathapuram to assist in the relief efforts in Kerala. 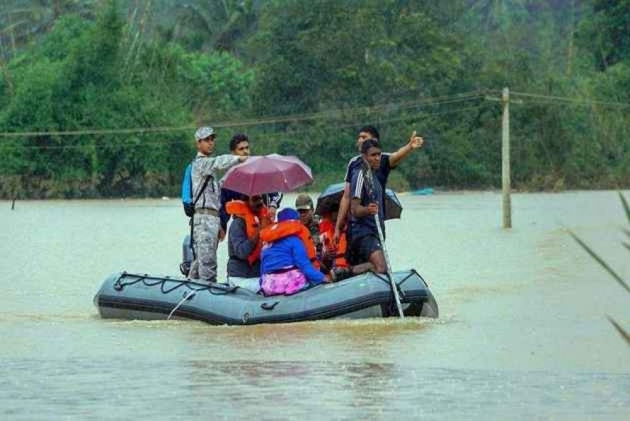 The India Air Force (IAF) has so far rescued 663 people in flood-battered Kerala and airlifted 974 tonnes of relief material, it said in a statement.

Transport aircraft from all corners of the country have been flying day and night to ensure relief material is available in relief camps, it said.

"Women, children, elderly people and residents were winched from the rooftops of submerged houses to safety by IAF helicopters. Till date, IAF has rescued 663 people. IAF helicopters have also dropped food and water packets to the stranded people in the affected areas," the statement read.

It has airlifted 974 tonnes of relief material. Medical teams from the Southern Air Command and the Training Command have been deployed at various places to provide medical assistance, it said.

In addition, No 1 Rapid Action Medical Team (RAMT) has been flown from the Command Hospital Air Force Bengaluru to Thiruvanathapuram to assist in the relief efforts in Kerala.

The RAMT has the capability to provide both medical and surgical emergency medical care. Additionally, 119 doctors with 63 tonnes of medicine and equipment have been airlifted to Kochi and Thiruvanathapuram for further positioning at various medical camps, the statement added.

All the three armed forces and the Indian Coast Guard have deployed their resources in conducting rescue and relief operations in the state.