I Made Mistakes By Supporting VP Singh And Modi: Arun Shourie In Kasauli

This is for the second time in the week when he has hit out at the prime minister. 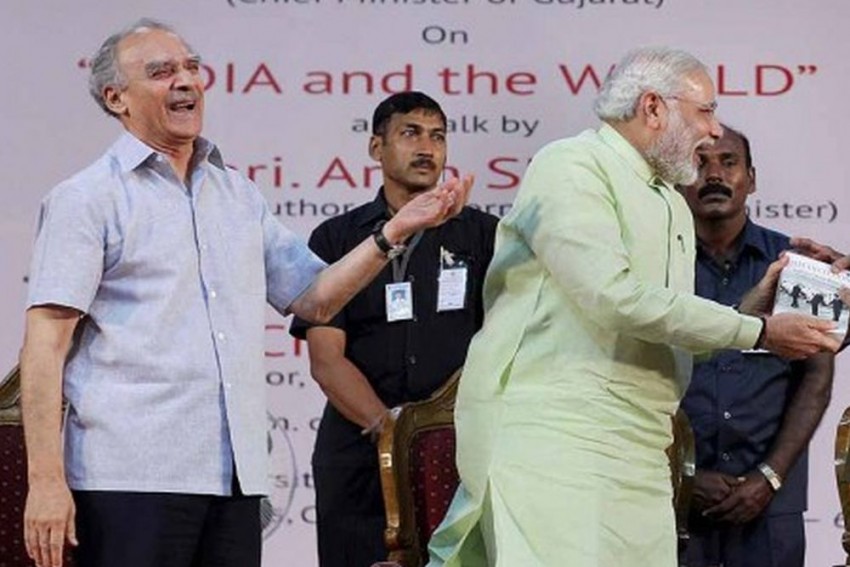 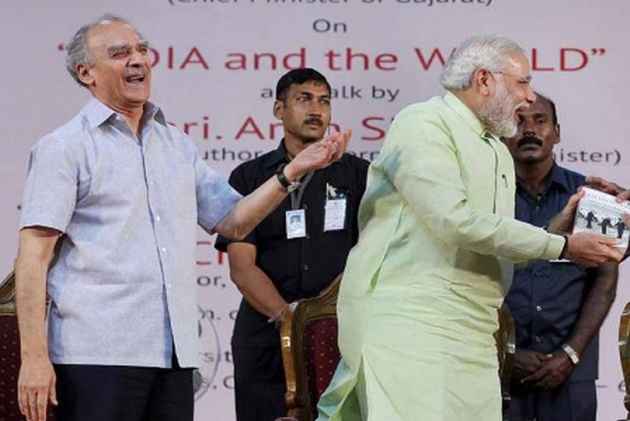 outlookindia.com
2017-10-06T17:11:04+05:30
Continuing from where he had left recently, former BJP cabinet minister Arun Shourie on Friday once again lashed out at Prime Minister Narendra Modi, saying supporting him was a “mistake”.
This is for the second time in the week when he has hit out at the prime minister.
On Tuesday, Shourie had called the Modi government’s demonetisation as the “largest money-laundering scheme ever”. Shourie also blamed the note ban and a poorly implemented goods and services tax (GST) for inducing the current slowdown.
“I made too many mistakes — by supporting (former prime minister) VP Singh and then by supporting Modi,” Shourie said while delivering the inaugural address of the sixth edition of the Khushwant Singh literary festival at Kasauli, reports Hindustan Times.
He was speaking on “How to recognise rulers for what they are”.
“Don’t believe that leaders will suddenly change when they come to power. Judge character with the adherence to truth. Is he (the leader) a man of his words?” he said, adds the newspaper.
Shourie’s comments came amid the Bharatiya Janata Party’s allegation that its veteran leader Yashwant Sinha has become an "unabashed apologist for the corrupt and anti-poor" erstwhile UPA government and found a new ally in the Congress.
The BJP also cited his remarks at the release of a book authored by Congress leader Manish Tewari to claim that it has become clear now from where he is getting all his inputs on economy.
Coming out openly against the former finance minister, BJP spokesperson Anil Baluni said Sinha’s assertion that he was like Bhishma was also an admission that he was on the side of the Kauravas.
Last week, Sinha criticised the government for making a “mess” of the economy, warning that its impact would be hard-hitting.
On leaders of today, Shourie said, “Just believe I’m talking about (US President) Donald Trump. Any resemblance closer home is your imagination.”
(With PTI inputs)
For in-depth, objective and more importantly balanced journalism, Click here to subscribe to Outlook Magazine

Retired Civil Service And Defence Officials Who Penned Letter To Modi, To Host Conclave On Relevance Of Gandhi's Teachings