Home  »  Website  »  National  » Profiles  »  How Did Cho Ramaswamy Carve A Niche For Himself In Tamil Theatre?

How Did Cho Ramaswamy Carve A Niche For Himself In Tamil Theatre? 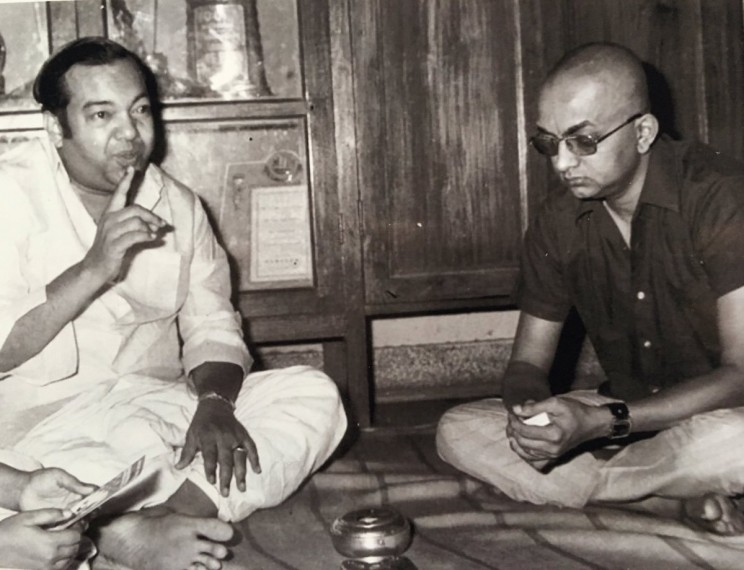 Courtesy: Twitter
S. Murari December 08, 2016 00:00 IST How Did Cho Ramaswamy Carve A Niche For Himself In Tamil Theatre? 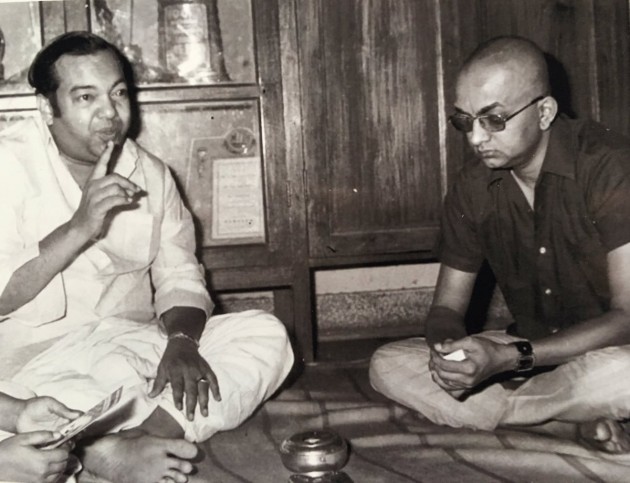 How did Cho Ramaswamy carve a niche for himself in Tamil theatre by outshining stalwarts like YG Parthasarathi, Manohar, Mouli and Visu?

While they contributed to social and historical plays, Cho stood out because he was the only one to focus on political plays at a time when Tamil Nadu came under Dravidian rule after ending Congress monopoly on power. He had enough and more to lampoon in the Dravidian brand of politics.

When Hollywood movies like London by night, Paris by Night became a craze, he came up with his own Madras by night with chaiwallas and keystone cops, and Cho shone in Madras slang.

When Barnard Shaw’s Pygmalion was made into My Fair Lady, he had his own take in his play Mind is a monkey, where he lampooned so-called society girls.

When pioneering theatre artiste Avvai Shanmugham took exception to Cho’s plays titled in English like “Is God dead”, he said he would oblige him with a non-English title and came up with Quo vadis (Whither thou). Such was his ready wit.

During that period, he staged 20 plays and all were mega hits. With gumption characteristic of his, he tagged the same plays a few decades later with the same set of artistes, never mind they were all past their prime. He did not even bother to make them contemporaneous. They still proved to be huge draws prompting Cho to comment tongue-in-cheek that “politics remains as rotten as it has always been”.

His foray into Tamil film as a comedian was equally remarkable. The Tamil cinema had had giants like N S Krishnan, Thangavelu, as well as comic-villain M R Radha who was famous for impromptu dialogues, thanks to his theatre experience.

Yet, Cho stood out because political satire was something unknown to cinema or theatre before his advent.

Making his debut in 1963, he went on to act in nearly 200 films, rubbing shoulders with the likes of Sivaji Ganesan, MGR and in later years  Rajanikanth with whom he had as much good a rapport as he had with  J Jayalalitha who went to politics from cinema.

An out and out political play on Mohammed bin Thuglak, the maverick Sultan of Delhi, proved equally successful in the tinsel world. So much that he christened the magazine he launched in 1970 as Thuglak, sending out a warning to the readers that he would be as whimsical as that eccentric sultan was. Yet, they stayed loyal to him till the very end.

Over the time he got tired of endless waits in the film sets and gradually withdrew himself from the film world and started concentrating on the magazine.

It was here that he made a mark as a political commentator. He spared none, big or small. Those who came under his scanner were Indira Gandhi, V P Singh, Rajiv Gandhi, AB Vajpayee and Narendra Modi.

When the UPA I and II was marked by mega scams like 2G and Aicel-Maxis deal in which the DMK Ministers Raja and Karunanidhi’s grand-nephew Dayananidhi Maran were implicated, Cho found ammunition to step up his attacks on both the Congress and the DMK.

When the BJP emerged as an alternative to the Congress he veered close to leaders like Advani. Though fearless in fighting Indira Gandhi’s emergency, he was also given to pet prejudices.

He was Jayalalithaa’s life-long friend and political adviser though he maintained that she had a mind of her own. When she presided over of the most corrupt and autocratic regimes, Cho was the first to take up cudgels against her and was instrumental in cobbling together a formidable alliance between his arch rival Karunanidhi and breakaway Congress leader G K Moopanar which sent Jaya packing in 1996. When she staged a comeback, like Indira day in 1980, a much mellowed persona, his old soft-corner for her came to the fore.

It was a tragedy that the two powerful personalities were together in the same Apollo Hospital and Cho died two days after Jaya’s passing.

At the state level, Cho remained a trenchant critic of both Karunanidhi as well as his political foe MGR. At the personal level, Cho admired MGR’s generosity which was legendary. He equally extolled Karunanidhi’s industriousness and sharp intellect.

Thanks to his contacts with various national and regional leaders cutting across the party lines, he was privy to information which he never used in his columns, keeping his role as a political activist and as editor of the magazine apart.

He was always fair in his criticism and even his satire was subtle but never acerbic.

He had his faults. He was opinionated and yet democratic. In that he would let you air your opinion, but stick to his position. He would give space for dissent in his magazine. Thus Dravidar Kazhagam Veeramani and Hindu Munnani leader Raja Gopalan could spar over their views in his magazine.

With all his popularity among the educated, urban class, he never had any illusion. In his annual interaction with his readers, he often told them that if he were to contest his election, he would not even be able to save his security deposit.

It was this self-depracating quality which endeared him to even his bitter critics.

Above all he was known for his personal integrity. He never sought any favour and he ran the magazine even without much of advertisement support to ensure its independence.