Afghanistan have exited the tournament with two wins and three defeats, but a closer look at those matches reveals how the Afghans have emerged as probably the most consistent teams. 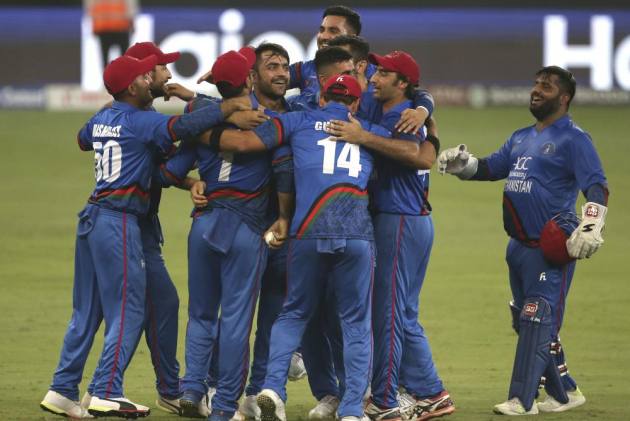 After their thrilling last over tie against India, Afghanistan captain Asghar Afghan claimed that "when you tie with a team like India, it's like winning". That's what the team from the war-ravaged country has been doing for some time, winning. This has come from years of toil and sacrifices made by a group of cricketers who sowed the seeds of hope in their fleeting existence in one of the most unsafe zones in the world.

Unlike India, Australia or any other big team, the Afghanistan cricket team has limited access to the riches of the game. Still their performance in the last ten days shows their commitment to the game, making them one of the best ambassadors of cricket. Afghanistan have proved everything is not over for them.

When the ICC granted Afghanistan the Full membership, many welcomed the step as it will provide them a larger platform to showcase their talent as well as more fund. But no one would have thought then that Afghanistan could challenge India, Pakistan or Sri Lanka in the Asia Cup.

Afghanistan have exited the tournament with two wins and three defeats, but a closer look at those matches reveals how the Afghans have emerged as probably the most consistent teams. They beat Sri Lanka and Bangladesh to top Group B, then almost beat Pakistan and Bangladesh in the Super Four matches, before settling for a tie with India, the most decorated team in the tournament. With some luck, Friday's final could have been theirs!

Afghanistan's Rise As A Cricketing Power

It’s no surprise that after Pakistan’s World Cup victory in 1992 under mercurial all-rounder Imran Khan, Afghanistan got their cricket board established. The soul of Afghan cricket is, in fact, a Pakistani. Many of the Afghan cricketers honed their skills in the streets of Pakistan, and the current team comprises many such players. Prominent among them are Mohammad Shahzad, who hit a blistering century against India.

After years of hard work in the lower rungs of cricket, Afghanistan played their first ODI match against Scotland in an ICC World Cup qualifier in 2009. They won the match. In the next few years, they left behind other Associate teams far behind and consistently produced awe-inspiring performances against the so-called big teams.

In 2012, they played their first match against a Full member team, Pakistan. They lost, but it was the one step which the Afghans were willing to take for a greater journey. The following year, they defeated Kenya, former World Cup semi-finalists, to book a ticket for the 2015 ICC World Cup, followed by their first ODI win against a Full member team Bangladesh in Asia Cup. That same year, they beat Zimbabwe twice in a bilateral series to share the honours 2-2.

Commendable results followed, including wins in the 2015 World Cup. Last year, their first big win came in the West Indies, beating the hosts by 63 runs in the ODI series opener, thus bringing them closer to fulfilling their desire to rub shoulders with the traditional teams.

All these while, a core group of players has guided their journey. Today, they have globally recognised stars like Rashid Khan, Asghar Afghan, Ihsanullah, Gulbadin Naib, Mohammad Shahzad, Mujeeb Ur Rahman, to name a few. It's only fitting that they will have their own 'premier league' which will feature some of the world's biggest names, celebrating cricket in a whole new light next month.