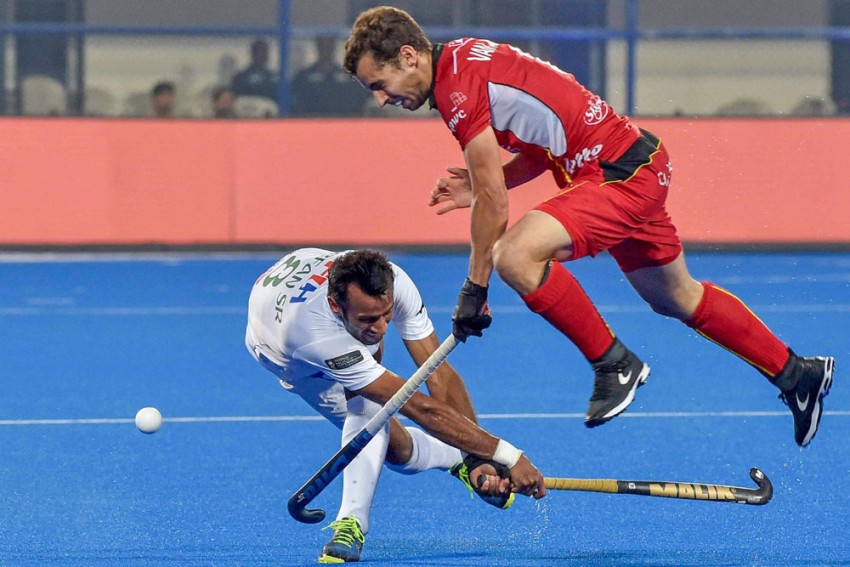 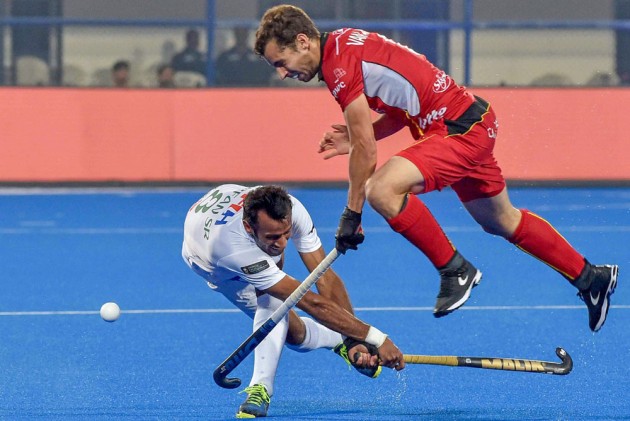 The most successful team in FIH Men's World Cup history, Pakistan suffered a humiliating 0-5 at the hands of Belgium in their crossover match of the 2018 edition at Bhubaneswar, Odisha on Tuesday.

In a lopsided match, Pakistan failed to match their spirited rivals and were found wanting in almost every aspect of the game. Besides, there were disciplinary issues, resulting in one yellow card and two green cards.

Ammad Butt, who took the field as the captain in place of injured Muhammad Rizwan Sr., received a yellow card in the 51st minute. Toseeq Arshad and Umar Bhutta also got green cards in 14th and 28th minutes respectively.

Belgium will now face Germany in the quarters.

The four-time winners scrapped through the crossover on better goal difference after finishing third in the 'group of death' Pool D, which also included former champions Germany and The Netherlands and Asian Games silver medallist Malaysia.

In the pool stage, they were beaten by both the European teams and played out a 1-1 draw with Malaysia.

Belgium were the runners-up in Pool C, behind India, on goal difference. They beat Canada then played out a 2-2 draw with India. In the final pool match, they beat South Africa convincingly.

All but one quarter-final line-ups have been confirmed so far.

Later in the day, the Netherlands-Canada match will decide the eighth and final quarter-finalists, who will take on the last-eight match.