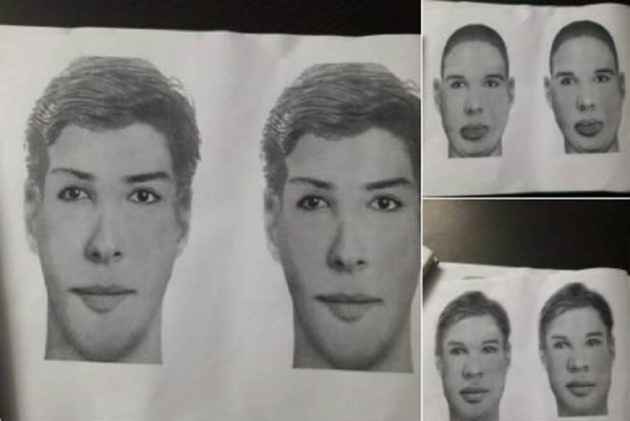 The barbaric incident of Gurugram rape that shook the internet yesterday took a new turn, after the Gurgaon police today released sketches of the three accused.

The story of the gangrape survivor is horrific and scary. On May 29, among many other commuters of the Delhi metro there was one 19 year-old women who had also boarded the metro. But, unlike others this woman was a gangrape survivor and a mother who had lost her baby. The woman was carrying her dead baby's body.

A night before, the 19 year-old women was traveling to her in-laws place when and had boarded a shared auto. Accompanied by three unknown men the women was unknown about the horrific incident that was written on her fate that day. She had been subjected to unimaginable barbarism.

The two men in the auto and the driver gangraped the women and threw her baby on the road. After brutally raping the the accused escaped from the spot. The women in shock waited till the dawn and boarded a metro to reach her home.

After failing to recover any concrete evidence and clues of the three accused who gang-raped the 19-year-old woman and killed her baby daughter on May 29, Gurgaon police released the sketches of the accused and appealed to the public for their identification.

Since the crime occurred in a moving auto-rickshaw, the police has questioned over 50 auto drivers plying in the IMT, Manesar area and detained some of them for interrogation to ascertain the auto and accused persons.

It has become a challenge for the Gurgaon police to nab the criminals after three back-to-back cases of molestation and gang-rape since last month.

The accused left the victim after raping her for four hours. She then went to the spot where they had earlier thrown her nine-month-old daughter and picked her up in the middle of road and went to a hospital.

The doctors declared the infant dead but still she did not believe it and travelled with the dead child to a hospital in Delhi and later returned to M G Road metro station.

Gurgaon police commissioner Sandeep Khirwar admitted that the victim had travelled with her dead child in the metro the day after the incident and police learnt about the crime only after the victim's husband approached them.

"Her husband and Gurgaon police received the victim from M G Road metro station after she returned from hospital in Delhi. Following that, police conducted post-mortem of the infant," Khirwar said.

It has been alleged that as the victim belongs to a poor family, the police tried to suppress her statement.

The police also reportedly did not register an FIR of gang rape initially but later included the charge five days after the incident.

The police constituted a Special Investigation Team (SIT) to nab the culprits. The SIT has taken the victim to all possible locations to identify the crime scene and sequence of events.

The woman and her daughter had left home in Bas Khusla village after an altercation with her husband and neighbours on the night of May 29.

She was on her way to her parental house at Khandsa village when she was first given a lift in a truck. The truck driver also molested her but as she put up strong resistance, he dropped her off on NH 8.

As the victim was alone, the three accused in the auto offered her a lift and then gang-raped her.

The accused also threw her infant daughter from the vehicle to avoid attention after she started crying.

The incident is not anything new. In the last few months as many as 7-8 rape cases has been registered on daily basis around the country.