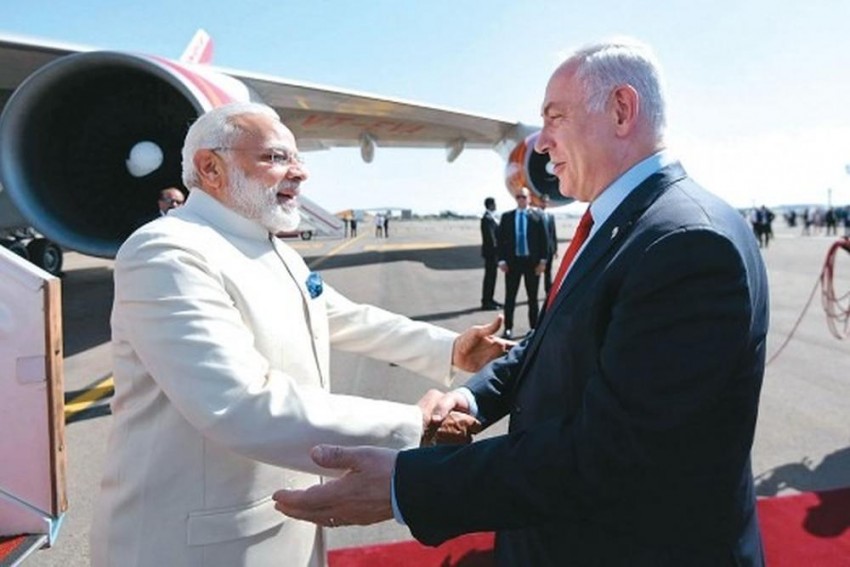 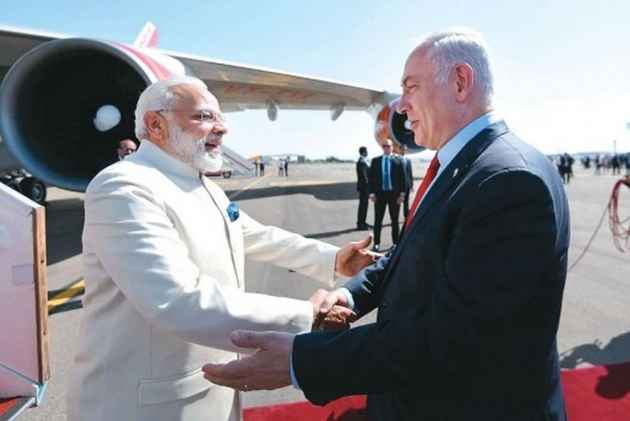 Netanyahu, who is the second Prime Minister from his country after Ariel Sharon to visit India in the last 25 years of a diplomatic relationship, will be accompanied by a 130-member delegation from various sectors including cyber, agriculture and defence.

His visit comes six months after Prime Minister Narendra Modi's historic visit to Israel, first ever by any Indian prime minister to the Jewish nation.

Later in the day, he will call on External Affairs Minister (EAM) Sushma Swaraj.

The visiting dignitary, on Monday, will be given a ceremonial reception at the Rashtrapati Bhawan which will be followed by the wreath laying at the memorial of Mahatma Gandhi.

The two sides will sign agreements and also issue a joint press statement. The Israeli Prime Minister will call on President Ram Nath Kovind later in the day.

On Tuesday, Netanyahu, accompanied by his wife Sara, will leave for Agra to see Taj Mahal. On the same day, he will visit Delhi and participate in the Raisina Dialogue, where he is scheduled to deliver an inaugural speech.

Netanyahu will leave for Ahmedabad on the fourth day of his tour and visit Sabarmati Ashram. The minister will also attend an event at the International Centre for Entrepreneurship and Technology (iCreate).

He will later visit the Centre of Excellence, Vadrad. On the same day, the minister will leave for Mumbai.

On Thursday, Netanyahu will have a power breakfast with Indian CEOs and attend a business seminar. He will also lay a wreath at Taj Hotel Mumbai and pay a visit to Nariman House - Chabad Centre.

He will also reach out to Bollywood personalities in an exclusive 'Shalom Bollywood' event, that aims at exploring business opportunities for Indian filmmakers in Israel.