Raids on Delhi-based defence dealer Sanjay Bhandari last month have thrown up links with the who's who of India. 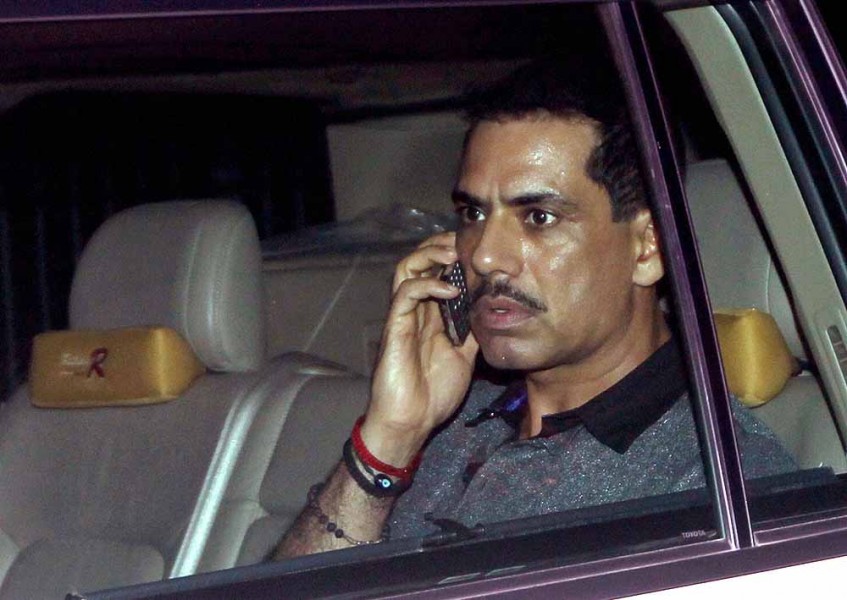 A month after searches by enforcement agencies on defence dealer Sanjay Bhandari, which has thrown up a flurry of documents, emails and phone call records, officials are yet to question many of those mentioned in the documents. The documents have thrown up the defence dealer's links with the who's who of India, as well as details of his properties in the UAE, London and the Panama Islands.

Documents seen by Outlook clearly show that in addition to being in touch with Congress President Sonia Gandhi's son-in-law, Robert Vadra, Bhandari was also in contact with senior BJP and Congress leaders. Call data records of Bhandari shows that he was in contact with BJP leader Siddharth Nath Singh, who made over 450 calls to Bhandari "within a short span of time", finance ministry officials admit.

Singh says he was in touch with Bhandari as he was a social acquaintance but did not know of the nature of the business Bhandari was in. "I have known him as a family friend for several years and even attended his daughter's wedding. I knew he was very rich but I thought his business was in refining as his father was in the ONGC. I came to know what his real business was only after the income tax department raided him," Singh told Outlook.

But it is Bhandari's alleged links with Robert Vadra that is raising eyebrows. The source of funds for a property in London, 12 Ellerton House, Bryanston Square, bought for nearly Rs 19 crore in 2009, is suspected to have been funded by Sanjay Bhandari. Details of emails show that Vadra and his assistant, Manoj Arora, were in touch with Bhandari's pointsman in London, Sumit Chaddha, regarding payments of the property as well as renovation work that was being undertaken there.

In a statement to Outlook, Vadra's lawyers claim he "does not own directly or indirectly, an house described by you as No 12, Ellerton House, Bryanston Square, London" and that Mr Vadra and his assistant "have not entered into any transaction of a financial nature with Mr Sanjay Bhandari and are not even aware that Mr Sanjay Bhandari is involved in any defense transaction".

Bhandari, sources claim, is extremely tech savvy and had deleted all traces of communication with Vadra or his assistant. It was the email copied to Bhandari's secretary that led sleuths to Vadra.

Bhandari in his statement has told the enforcement agencies that the property was bought by him using his own funds for his personal use. His other properties include an apartment at Bourdon Street, London bought for Rs 10 crore in 2013; a flat at Jumeirah, Dubai bought in 2010-11 for Rs 5 crore; and a company in the Panama Islands. These are part of a dossier sent by the income tax department to the Enforcement Directorate. "The primary purpose is to ascertain whose money was used to buy these properties and for whom," officials point out.

Documents also indicate that Bhandari was in touch with former Delhi Chief Minister Shiela Dixit and used to visit her house frequently. Mrs Dixit told Outlook, "Hundreds of people come to meet me daily. I may have met him but have no idea who he is." Bhandari was a frequent visitor to the house of a senior BJP leader, now out of favour with the BJP top brass, the documents indicate.

A senior, Delhi-based journalist with an English daily is also under the scanner. His call data records show that he made at least 478 calls to Bhandari. "But there are no indications to show that there was any financial dealing between the two. As far as we know there are only details of phone call records," finance ministry officials told Outlook.

An IB report sent to the Finance Ministry claims that Bhandari is well entrenched in the Defence Ministry and the suspicious disappearance of some crucial files in the past have been tracked to Bhandari.

A routine raid on a Delhi-based shell company led the tax man to Bhandari. The dealer had taken a false entry of Rs 38 crore through this shell company. Emails sent to Bhandari elicited no response.

This story has been edited to remove a reference to another Mr. Sanjay Bhandari, an imported car dealer.