Teachers and students are seen in the video hiding inside the bus, ducking to take cover from the hail of stones. 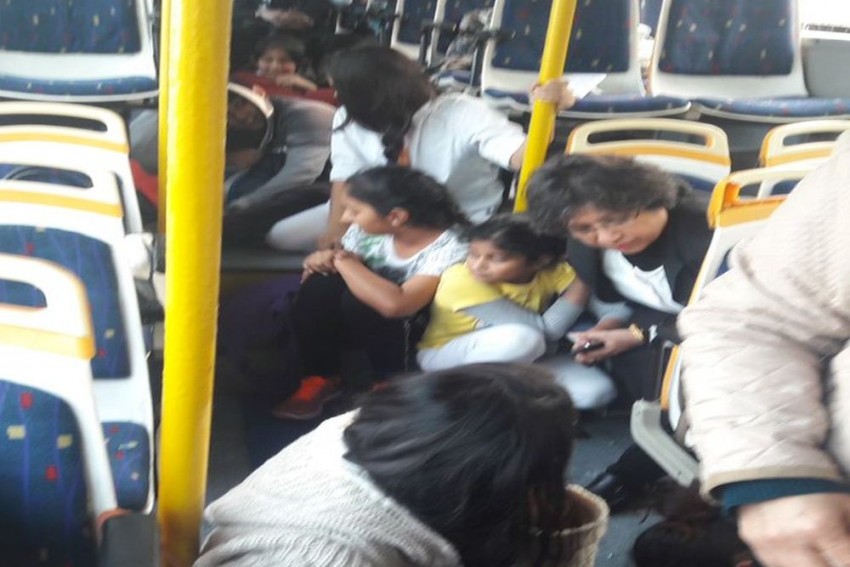 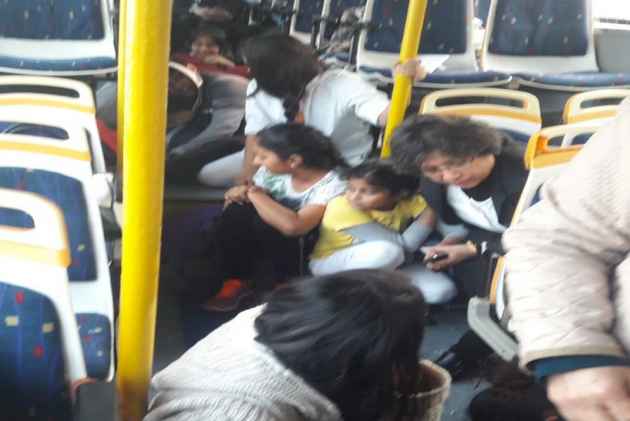 Hours after protesters set a state roadways bus on fire and pelted stones on Sohna Road in Gurugram in Haryana on Wednesday against movie “Padmaavat”, a disturbing video has emerged online in which protestors can be seen attacking a school bus carrying children.

Children from Classes 2 to 12 of the GD Goenka World School were in the bus, along with teachers and staff. The youngest children are heard crying in a mobile phone video that captured several terrifying moments on the bus, caught in the mob violence, reported  NDTV.

Teachers and students are seen in the video hiding inside the bus , ducking to take cover from the hail of stones. The school bus was right behind a state-run bus that had been set on fire by the mob this afternoon, NDTV added.

The Haryana Roadways bus was set on fire near village Bhondsi in Gurugram allegedly by activists of Karni Sena.

This latest incident of hooliganism occurred despite Haryana Police claims that nobody would be allowed to disrupt peace in the state in the wake of the controversial movie's release tomorrow.

Activists allegedly owing allegiance to Karni Sena were protesting against the release of the movie, an official said.

Significantly, few days back, Haryana director general of police BS Sandhu had cautioned trouble makers asserting that nobody would be allowed to disrupt peace in the state.

The police had also said that it would provide adequate security to the cinema halls that screen the movie on January 25.

A number of fringe groups had threatened multiplex, theatre and cinema hall owners against the screening of the movie alleging that it portrayed the character of 'Rani Padmavati' in "poor light".

Earlier, a group of unidentified hooligans had vandalized a shopping mall in Kurukshetra in January 21. Carrying sharp edged weapons and sticks, they broke the glasses panes of shops in the mall.