The CBSE, in its statement, said remours were being spread by miscreants on WhatsApp to 'disturb the sanctity of the examination.' 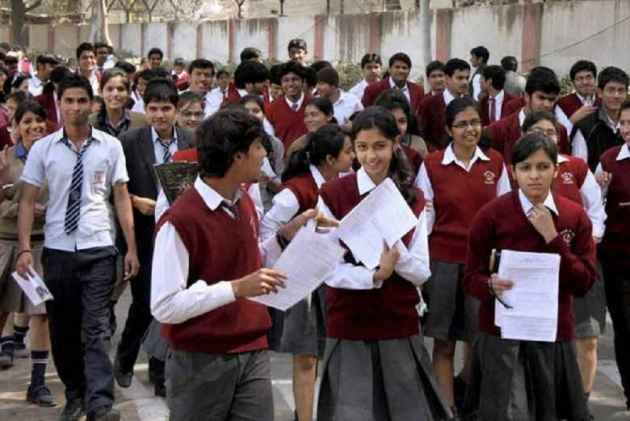 The Central Board of Secondary Education (CBSE) has denied reports that class 12th accountancy question paper was leaked on social media, a day before the examination.

The CBSE, in its statement, said remours were being spread by miscreants on WhatsApp to 'disturb the sanctity of the examination.'

“There has been no leak of the question paper. All the seals have been found intact at the exam centres. During the process of examination, however, at local level, some miscreants have tried to play mischief by circulating messages through WA and other social media to disturb the sanctity of examination,” the board spokesperson Rama Sharma said.

"Received complaints about the Class 12 CBSE Accountancy paper being leaked. Have asked officers of Directorate of Education to investigate and lodge a complaint with CBSE. Swift action must be taken, so that hard-working students don't suffer due to negligence of CBSE," he had tweeted.

Copies of the question paper were allegedly being circulated on Whatsapp since Thursday. The same set of paper was received by the minister and was cross-checked, reported The Indian Express.

The report of the alleged leak came in after the students wrote their accountancy paper today, at 12 P.M.

Only yesterday, the CBSE directed examination centres to ensure safe delivery of answer books to its headquarters after an official of a private school in the national capital was found carrying answer sheets of Class XII chemistry exam in Delhi Metro, triggering concerns over the safety of the answer sheets.

The board, however, clarified that secrecy of the answer books in the particular case has not been compromised with and the sanctity of examination has been maintained.

In another case, the CBI ordered a preliminary enquiry into the alleged irregularities in the recent Staff Selection Commission (SSC) examination on Wednesday after a question paper was allegedly leaked, and students were asked to give a re-examination.

A preliminary enquiry is the first step of a probe by the CBI where the agency assesses whether the allegations have enough prima facie material for registering an FIR.

Students have been protesting outside the SSC office at CGO complex in the national capital since February 27, seeking a CBI probe into the alleged paper leak in the Combined Graduate-Level (CGL) exam.

The Staff Selection Commission (SSC), which conducts examination for subordinate services had recommended a CBI inquiry into the alleged paper leaks in one of its tests held on February 21.