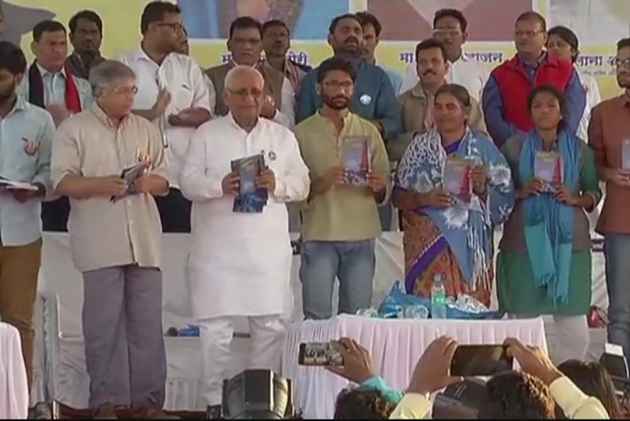 Dalit leader Prakash Ambedkar has called for Maharashtra bandh tomorrow to protest the state government's "failure" to stop the violence at Bhima Koregaon village in Pune district. He has also said that the judicial inquiry ordered by Chief Minister Devendra Fadnavis is not acceptable and demanded that it should be conducted by a non-dalit judge.

Ambedkar alleged that Hindu Ekta Aghadi was responsible for the violence.

“The judicial inquiry ordered by Chief Minister Devendra Fadnavis is not acceptable to us. The government should request to chief justice of Bombay High Court to appoint sitting judge to probe this incident. The judge should have the powers to collect the evidence and to punish the culprits. The inquiry should be conducted by a non-Dalit judge,” said Prakash Ambedkar, as quoted by Indian Express.

Ambedkar, the grandson of Dalit icon B R Ambedkar and the leader of Bharipa Bahujan Mahasangh (BBM), has appealed for peace during the bandh period.

Referring to the caste clashes in Bhima Koregaon, Ambedkar ruled out any conflict between Marathas and Dalits.

"If there was any tension, the 200th anniversary commemoration of the Bhima Koregaon battle would not have taken place. Yesterday's programme was organised by Sambhaji Brigade (a Maratha organisation)," he said while addressing a press conference here.

He alleged the trouble occurred because of Hindu Ekta Aghadi and Shivraj Pratishthan, headed by Milind Ekbote and Sambhaji Bhide, respectively.

"Akhil Bharatiya Hindu Sabha (ABHS), Peshwa heirs, had opposed the event. We held talks with ABHS after which they decided against opposing," he said.

The event to mark 200th anniversary of the Bhima Koregaon battle in Pune district, in which forces of the East India Company defeated Peshwa's army, was marred by incidents of violence yesterday, with at least one person was killed.

Dalit leaders commemorate the British victory, as it is believed that soldiers from the Mahar community -- then considered untouchable -- were part of the East India Company's forces.

Ambedkar alleged that villagers were provoked by the Shivraj Pratisthan while the Hindu Ekta Agadhi hurled stones at people going towards the Koregaon war memorial.

He demanded that various types of grants and subsidies being given by the government to villages along Koregaon, Shiroor and Chakan, be stopped.

Ambedkar said a judicial probe ordered by Chief Minister Devendra Fadnavis into the violence should be headed by chief justice of high court and not by a sitting judge.

Yesterday's violence sparked off protests in various parts of Maharashtra today, including in Mumbai where protesters staged a rail roko in suburban Chembur.