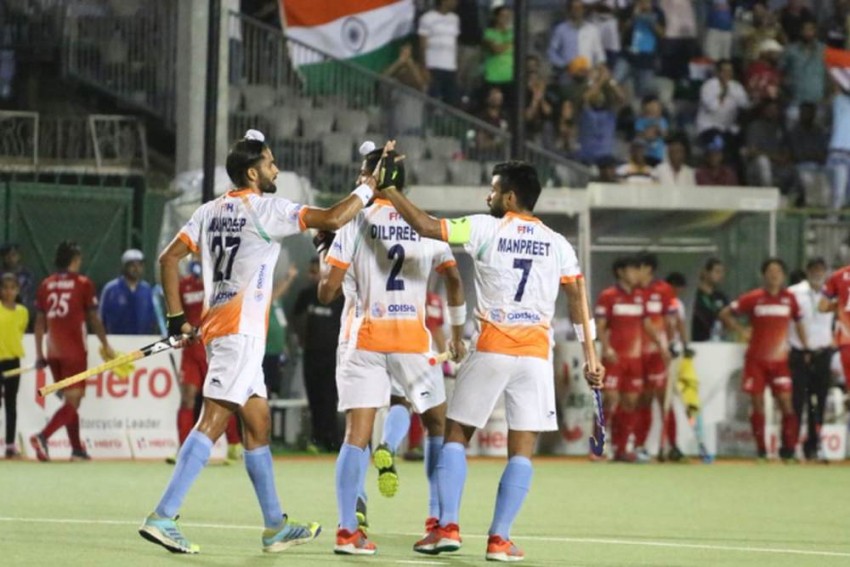 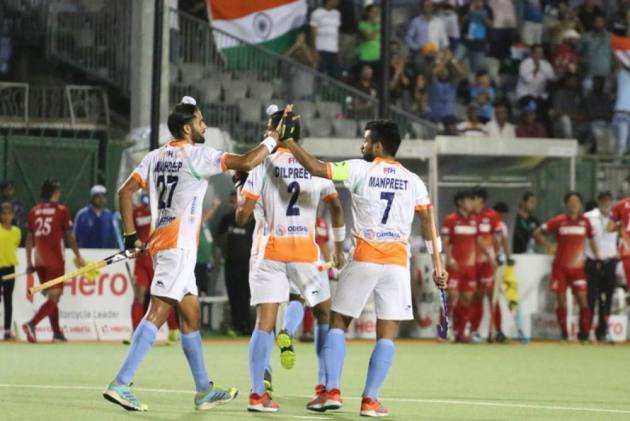 Defending champions India played out a goalless draw with Malaysia in the Asian Champions Trophy at Muscat, Oman on Thuesday.

In a fast-paced encounter at the Sultan Qaboos Sports Complex, India wasted good chances to share the spoils with Asian Games silver medallists.

Both India and Malaysia now have 10 points each from four outings in the preliminary round-robin league, with the two-time champions India topping the standings thanks to their superior goal difference.

Harmanpreet Singh's penalty corner flick being blocked by the Malaysian goalkeeper and Mandeep Singh failing to get a touch on long diagonal balls twice in the first quarter.

Malaysia created one opening on a counter-attack but mostly fell back to defend their goal against the Indian strikers.

In the second half, the Indian strikers were not allowed space to enter the circle until the closing stages when they forced two penalty corners but could not produce a goal-bearing shot.

This was a period when Malaysia were down to 10 players as Tengku Tajuddin was shown the yellow card for a deliberate foul on Indian captain Manpreet Singh.

Later, Nilakanta Sharma missed the target by inches in one of the combined Indian raids.

Indian chief coach Harendra Singh rued the missed chances, saying, "I am not happy. We cannot miss chances like this in international hockey."

Malaysian coach Roelant Oltmans, on the other hand, said that his team faced a tough time when they were down to 10 players due to Tajuddin's yellow card.

"We came under some pressure in the last phase after the yellow card. Otherwise, the game was more or less what we expected," said Oltmans.

India will play their fifth round-robin match against Korea on October 24.