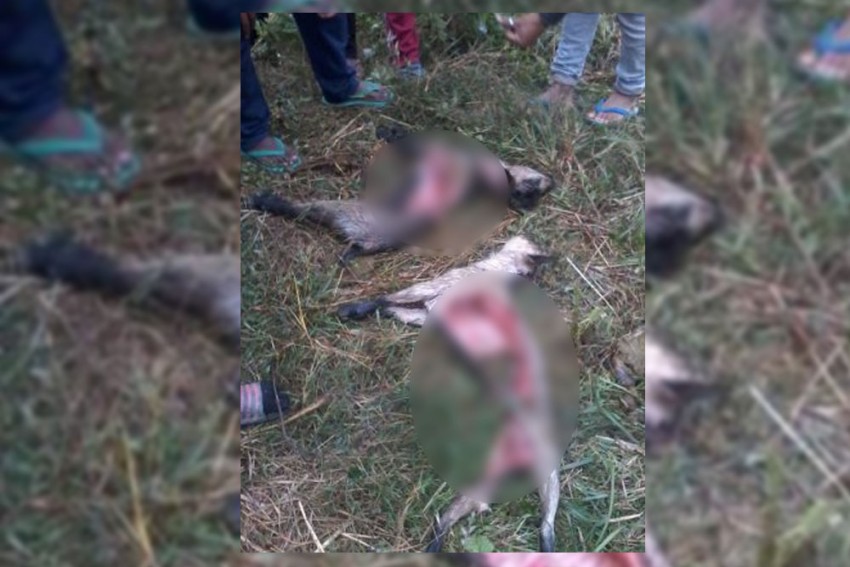 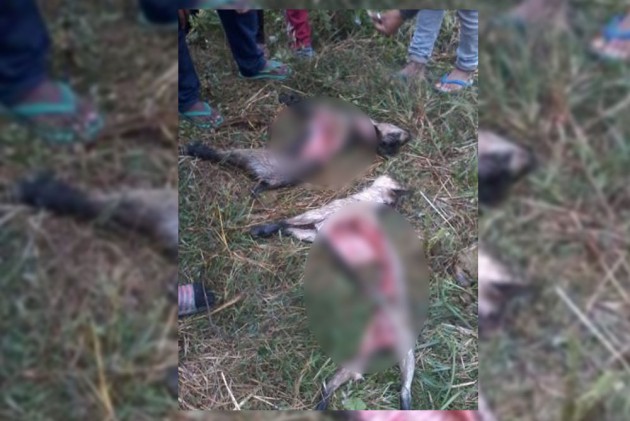 Panic grips the northeastern state of Manipur as unknown animal(s) continue to attack livestock, eating their organs and leaving the carcass. The situation has further aggravated with the spread of unverified claims in social media.

The mysterious killings were first reported in Churachandpur district in the last week of October. Rampant reports of attacks on domestic animals including chicken, ducks, pigs and sheeps have led locals to maintain night vigil, which reportedly stopped the attack in the area.

But the incidents of attacks on animal started again in the last few days, and this time spreading across the state.

He stated that the Department along with the officials of Veterinary and Animal Husbandry Department and Wildlife experts conducted a meeting over the incident.

Informing that experts have already taken footprints of the suspected predator, he said that the footprints are being studied by animal experts.

Preliminary report suggests the predator may be a canine animal, though the final report is awaited. Stating that previously there had been no report of such incidents, he said as a preventive measure the Forest Department has formed a team to catch the predator at the earliest.

A Special Surveillance Team was formed comprising of police, district authority, CSOs and others. The initial autopsy reports, conducted on some of the carcasses found in Churachandpur, suggested that the attack was carried out by sharp teeth of an animal.

Meanwhile, reports of locals attacking wild animals like civets have emerged. Earlier this week, residents of Imphal East killed a civet, suspecting it to be behind the killings.

Shyamkumar said his ministry had contacted the Wildlife Institute of India in Dehradun, Uttarakhand, to check if “it was the nature” of civets to attack domestic animals in the fashion witnessed in Manipur in the last month. “We have also sent the footprints of the animal found in some places to forensic experts,” he said.

Last year, similar attacks have been reported in Odisha. Scores of sheep.

Rajasthan Assembly Election: Congress, BJP To Slug It Out In Gehlot's Home Territory