In 2006, Lalu, then railway minister, allegedly transferred two hotels under the IRCTC in Ranchi and Puri to Sujata Hotel Pvt Ltd, allegedly in violation of tender norms. 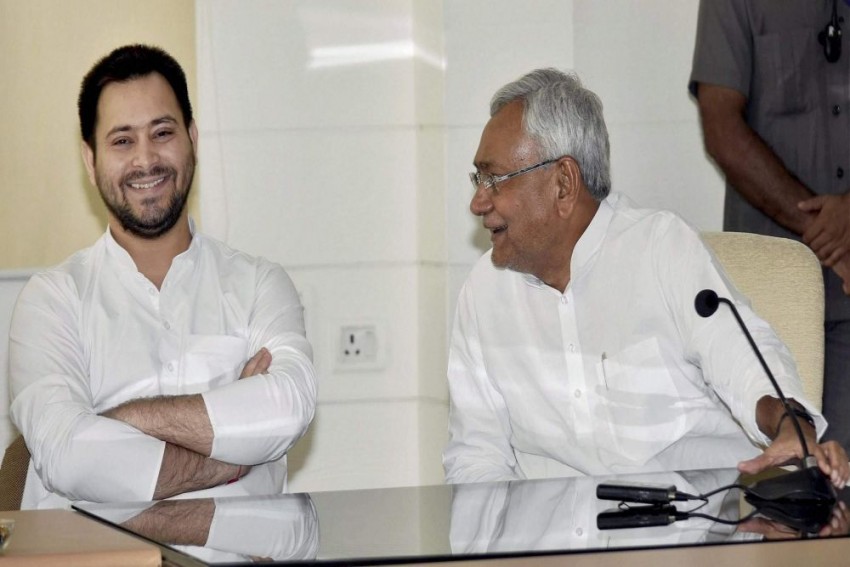 PTI File Photo
Outlook Web Bureau July 27, 2017 00:00 IST All You Need To Know About The Land-For-Hotel Case That Broke The Lalu-Nitish Tie-Up 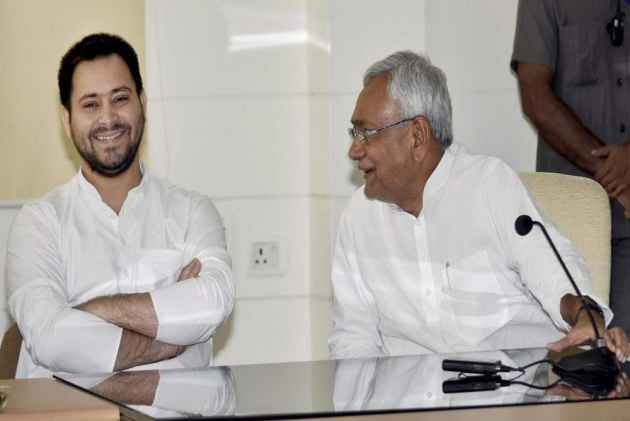 From warming the bench for Delhi Daredevils after being picked for the 2009 IPL season to becoming the deputy chief minister of Bihar and now facing corruption charges, it has been a roller-coaster ride for Tejashwi Yadav.

When he joined full-time politics in 2012, holding the hands of his father and RJD supremo Lalu Prasad, little did he know that he could face the same fate of his father in the years to come. Tejashwi is the only other family member besides Lalu and Rabri Devi to be named in CBI’s FIR in the land-for-hotel case.

Here’s a timeline of the controversy which led the break-up of the “Mahagatbandhan”:

On July 7, 2017, CBI officials raided Lalu’s residence in Patna after registering an FIR against him, his wife Rabri Devi and five others. The raid was in connection with a 2006 case. Lalu, then railway minister, allegedly transferred two hotels under the IRCTC in Ranchi and Puri to Sujata Hotel Pvt Ltd, allegedly in violation of tender norms.

Tejashwi has claimed that he was only 14 when the hotel deal was struck in 2005.

The CBI further said that in 2005, Harsh Kochhar and Vinay Kocchar of Sujata Hotel Pvt Ltd sold prime commercial property in the form of land of about 3 acres in Patna through 10 sale deeds for Rs 1.47 crore (approx) to Delight Marketing Company Pvt Ltd in which Sarla Gupta, wife of Lalu’s “close associate and RJD Rajya Sabha MP PC Gupta, was a front benami holder on behalf of Lalu.

The inquiry states not only was the property undervalued it was also falsely shown as ‘agriculture’ land instead of commercial land.

Lalu then allegedly colluded with PK Goel, the then MD of IRCTC, and got two BNR hotels transferred to Sujata Hotels of Kochhars through a rigged and manipulated tenders process which was managed by PK Goel.

According to the CBI, later, Delight Marketing was transferred to Rabri Devi and Tejashwi between 2010 and 2014. The family changed the company’s name to Lara Projects LLP.