A self-confident China does not need to prove its capabilities to the world, but the virus remains a major concern.

In a few days from now, China will be hosting the opening ceremony of the Winter Olympics in a world very different from when it held the summer games in 2008.

Not that human right was not in focus then.Young Tibetan monks took the opportunity to draw international attention to their plight by self-immolation ahead of the games. China’s leaders- President Hu Jintao and Premier Wen Jiabao - were criticised for human rights abuse and for the crackdown on protesters in Tibet. But despite the criticism, the first Olympic games held in China was a resounding success.

The glittering opening ceremony was attended by as many as 105 world leaders and five representatives of international organisations. US President George Bush was in Beijing for the opening ceremony. So was Russia’s Vladimir Putin, France’s Nicholas Sarkozy, Japan’s Yasuo Fakuda, Israel’s Shimon Peres,  Australia’s Mandarin-speaking prime minister Kevin Rudd as well as Taiwan’s leader Lien Chen.

Thirteen years later the Winter games are taking place at the time of a pandemic for which many blame China as it originated in Wuhan. Beijing is criticised for initially brushing it under the carpet. The world economy is on a downturn, thanks largely to the Covid induced lockdowns. To top it all  China and US are at daggers drawn, thanks to this the international community are being forced much against its inclination to gradually take sides. Accusations against China are aplenty, from unfair trade practices to bullying its neighbours as well as widespread human rights abuse.

There is a diplomatic boycott of the Beijing games spearheaded by the US and its allies. While athletes will attend, the glitz and glamour will be missing. President Joe Biden, Britain’s Boris Johnson, Canada’s Justin Trudeau, Australia’s Scott Morrison as well as Germany’s new Chancellor Olaf Scholz, Japan’s Fumio Kishida have all agreed not to send officials for the games.

But France’s President Emanuel Macron has broken ranks and said his country will not go for a diplomatic boycott. "You either have a complete boycott and don't send athletes, or you try to change things with useful actions," Macron said at a recent interview, which makes perfect sense. If athletes are participating what is the use of calling for a boycott. This half-measure will not hurt China one bit.

The 2008 Summer games were to showcase China’s development and impress the world. Today China does not need to prove anything. It is already in the super league and posing a challenge to the US, the world’s only superpower. The 19th Party Congress of the Chinese Communist Party(CCP) in 2017, which anointed Xi Jinping for life and enshrined his "Thought’’ in the Party Constitution, something formerly reserved for its iconic leader Mao Zedong, was a watershed moment for China. Since that coming-out party, and Xi’s total control of the CCP, Beijing has become a self-confident and assertive nation, keen on projecting its power across Asia. 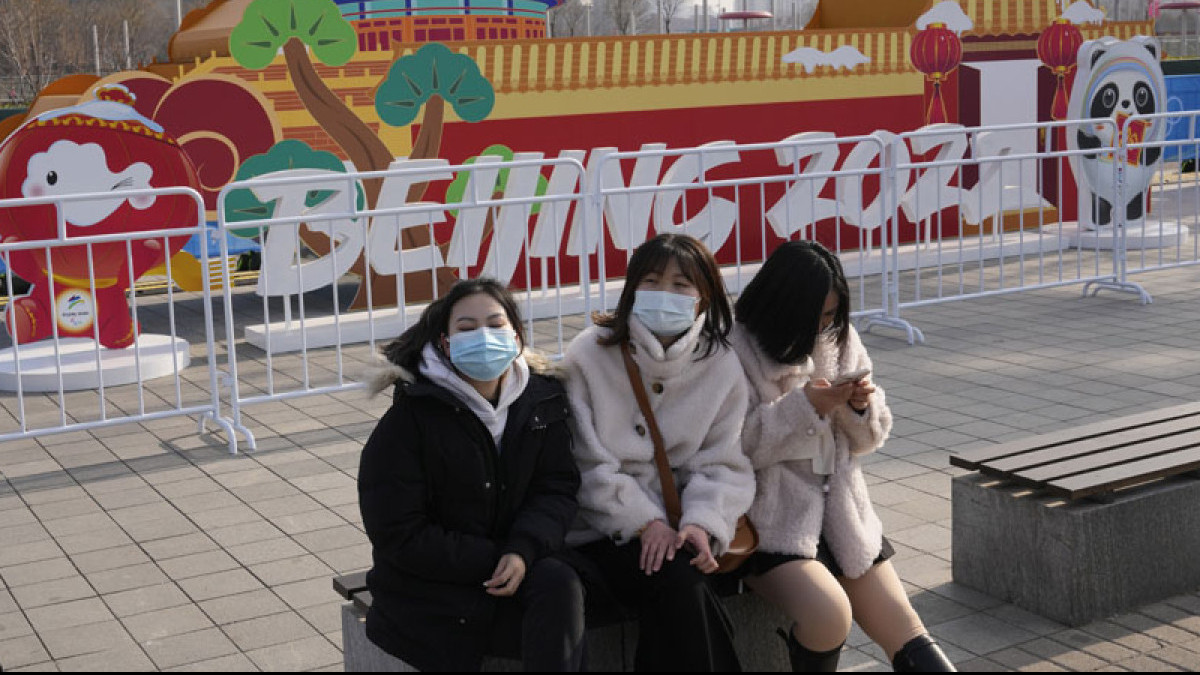 Women wearing masks rest on a bench near Beijing Winter Olympics decorations on the Olympic Green.

Whether it is intrusions across the Line of Actual Control by the  People’s Liberation Army in Ladakh, a harsh crackdown on democracy activists in Hong Kong, re-education camps for Uyghurs in Xinjiang, threatening Taiwan by sending in bombers and warplanes, or aggressive manoeuvres of its warships in the South China Sea, in a blatant display of its military and naval might. Together with power projection in the neighbourhood, there has been a systematic crackdown of dissidents at home. In fact, the previous Trump White House had charged China with the genocide of the Muslim minority Uyghurs in Xinjiang.

The boycott by diplomats from the US and several European nations will certainly not affect China, as it would have done in 2008. It has enough friends around the world, many in both Asia and Africa aligned to China’s belt and road initiative. Money can buy influence. China has liberally splashed money for infrastructure projects both far and near. It is another matter that critics say that China lands borrowers into debt traps. But few heed such warnings at the time of signing in to what appears as attractive BRI offers. Like the US, China also has friends on its side.

China’s friends will line up to show their loyalty. Russian President Vladimir Putin will be present. At a time when the Kremlin is another fire over Ukraine, Putin is going all out in support of China. "We are standing together [with China] against the politicisation of sports and demonstrative boycotts," Putin said at a meeting with athletes of the Russian national Olympic team on Tuesday. "We are supporting traditional Olympic values, first of all, equality and justice."

Russia will be sending a 500-member delegation, including 216 athletes and their support staff to Beijing. It will be the largest foreign delegation to the games. Prime Minister Imran Khan and several leaders of Central Asian nations will also travel to Beijing. Many African officials will be present as China has been a major presence in that region.

China’s problem will not be the boycott by some in the West but the challenge of ensuring that the pandemic which had been well contained in Beijing thanks to strict lockdown measures, does not reappear. Reports of one or two cases have come in from Beijing. Also, there has been some downturn in the air quality.

An opinion piece in Global Times lashed out at the US. "Faster, Higher, Stronger - Together - the International Olympic Committee (IOC)'s amendment to the Olympic motto after more than 100 years shows the need to encourage global unity through the Olympic spirit under the current world situation. However, the US has been desecrating the motto, taking every chance to attack countries with different ideologies.’’

Half-hearted measures like a  diplomatic boycott of the Winter Olympic games will make no dent in China. More so as the pandemic restricts visitors and China is not looking to make a fortune from the games.