Donald Trump Halts WHO Funding For 'Covering Up' Spread Of Coronavirus

The Trump administration has accused WHO of taking side with China in the coronavirus outbreak that has brought America's economy to a standstill. 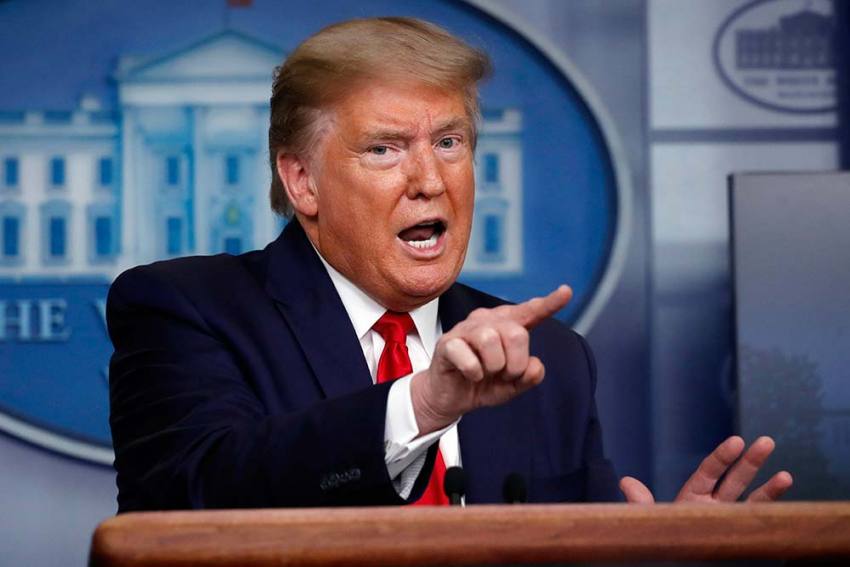 President Donald Trump speaks about the coronavirus in the James Brady Press Briefing Room at the White House in Washington.
AP/PTI
PTI 2020-04-15T08:00:51+05:30 Donald Trump Halts WHO Funding For 'Covering Up' Spread Of Coronavirus 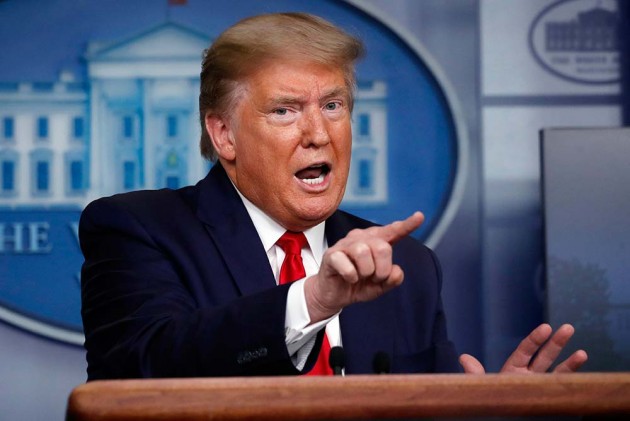 US President Donald Trump on Tuesday announced halting America's funding of the World Health Organization while a review is being conducted to assess its role in "severely mismanaging and covering up" the spread of the deadly coronavirus.

The novel coronavirus, which originated from Wuhan City of central China's Hubei province in November, has so far killed at least 1,19,000 people globally, including more than 25,000 in the United States, according to Johns Hopkins University.

The Trump administration has accused WHO of taking side with China in the coronavirus outbreak that has brought America's economy to a standstill.

American taxpayers provide between $400 million and $500 million per year to the WHO, in contrast, China contributes roughly $40 million a year and even less, he said.

"As the organization's leading sponsor, the United States has a duty to insist on full accountability, one of the most dangerous and costly decisions from the WHO was its disastrous decision to oppose travel restrictions from China and other nations,” Trump alleged.

"They were very much opposed to what we did, fortunately, I was not convinced and suspended travel from China saving untold numbers of lives...thousands and thousands of people would have died,” he said.

The world, he asserted, depends on the WHO to work with countries to ensure that accurate information about international health threats is shared in a timely manner. “The WHO failed in this basic duty and must be held accountable,” he said.

The president alleged that WHO failed to investigate credible reports from sources in Wuhan that conflicted directly with the Chinese government's official accounts. There was credible information to suspect human-to-human transmission in December 2019, which should have spurred the WHO to investigate and investigate immediately, he observed.

“Through middle of January it parroted and publicly endorsed the idea that there was not human-to-human transmission happening despite reports and clear evidence to the contrary,” he said.

According to Trump, the delays the WHO experienced in declaring a public health emergency cost valuable time. "More time was lost in the delay it took to get a team of international experts and to examine the outbreak...," he added.

The inability of the WHO to obtain virus samples to this date has deprived the scientific community of essential data. New data that emerges across the world on a daily basis points to the unreliability of the initial reports and the world received all sorts of false information about transmission and mortality, he said.

Trump alleged that the silence of the WHO on the disappearance of scientific researchers and doctors and new restrictions on the sharing of research into the origins of COVID-19 in the country of origin is deeply concerning, especially when the US gives by far the largest amount of money to the global health body.

"Had the WHO done its job to get medical experts into China to objectively assess the situation on the ground and to call out China's lack of transparency, the outbreak could have been contained...with very little death...,” he said.

“Instead the WHO willingly took China's assurances at face value...and defended the actions of the Chinese government, even praising China for its so-called transparency.... The WHO pushed China's misinformation about the virus, saying it was not communicable, and there was no need for travel bans.... The WHO's reliance on China's disclosures likely caused a 20-fold increase in cases worldwide, and it may be much more than that,” Trump said.

The president alleged that the WHO has not addressed a single one of these concerns nor provided a serious explanation that acknowledges its own mistakes, of which there were many.

Trump said for the WHO, it would have been so easy to be truthful, and so much death has been caused by their mistakes. “We will continue to engage with the WHO to see if it can make meaningful reforms. For the time being, we will redirect global health and directly work with others,” he said.

According to Trump, had other nations like US suspended travel from China, countless more lives would have been saved. “Instead look at the rest of the world, look at parts of Europe other nations and regions who followed WHO guidelines, and kept their borders open to China accelerated the pandemic all around the world,” he said.

The WHO's attack on travel restrictions put political correctness above life-saving measures, he alleged.

Since its establishment in 1948, the American people have generously supported the World Health Organization to provide better health outcomes for the world and, most importantly, to help prevent global health crises, he said.

"With the outbreak of the COVID-19, we have deep concerns whether America's generosity has been put to the best use possible. The reality is that the WHO failed to adequately obtain, vet and share information in a timely and transparent fashion," Trump added.

Corona Combat: How China Went From Being Epicentre Of COVID-19 To 'Zero Infection'