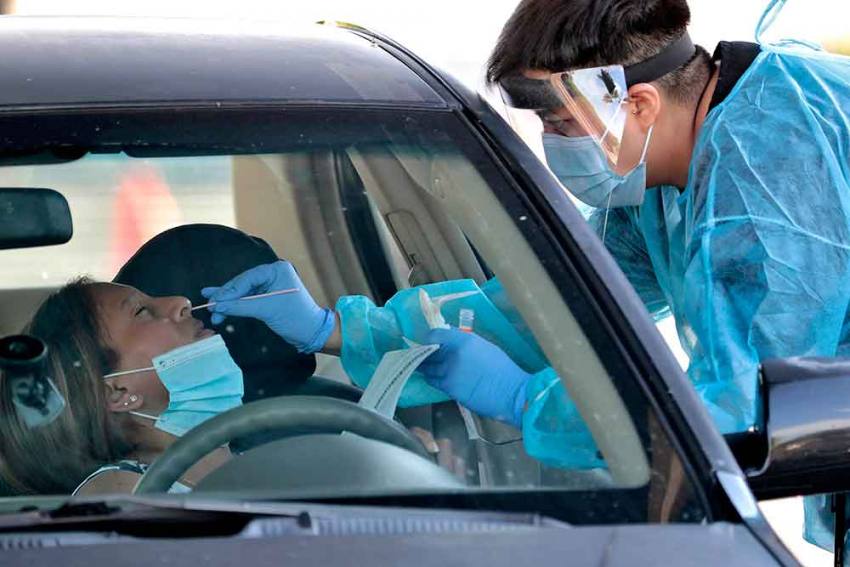 In this photo, people are tested in their in vehicles in Phoenix's western neighborhood of Maryvale in Phoenix for free COVID-19 tests organized by Equality Health Foundation, which focuses on care in underserved communities.
AP/PTI
PTI July 30, 2020 00:00 IST US Coronavirus Death Toll Surpasses 1.5 Lakh, Several States Witness Record Numbers 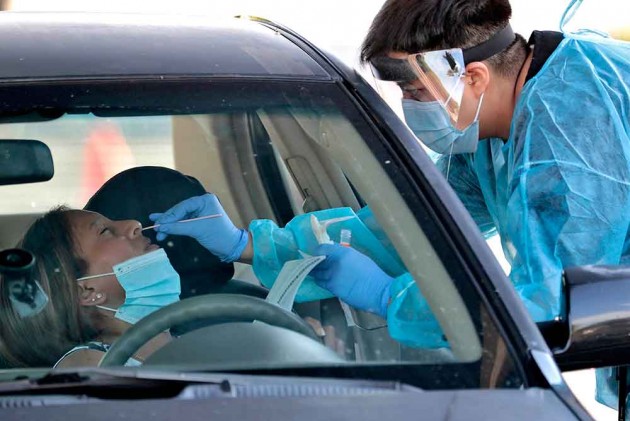 The US has recorded over 150,000 Covid-19 deaths, another grim milestone that comes amidst warning from a top Indian-American physician that the country has failed to arrest the spread of the deadly pandemic.

America's coronavirus death toll was 150,676 as of Wednesday -- more than a fifth of the world's recorded deaths, according to Johns Hopkins University. The US also had over 4,426,000 confirmed cases, making it the world's worst-hit country.

"I think the fact that we as a country have not been able to get our arms around this, have not prioritised preventing those deaths is all that much more maddening," Dr Ashish Jha, director of the Harvard Global Health Institute, said.

"I think we can, but we're really going to have to work for it," he added.

Some states in the US are seeing their highest death tolls. California on Wednesday reported 197 Covid-related deaths in a single day, according to state Department of Public Health. That total far outpaces the previous high of 159, recorded just last week.

Infectious disease experts say the US is at a critical juncture, as debates about how and whether to reopen schools for in-person learning are taking place across the country.

"It's not going to spontaneously come down," Fauci, director of the National Institute of Allergy and Infectious Diseases, he said in a call with several governors about the raging pandemic.

Fauci has also disputed claims in a video shared on social media by President Donald Trump about mask-wearing and the use of anti-malarial drug hydroxychloriquine to treat Covid-19.

Fauci told the BBC that it was not productive for him to judge the president's tweets or retweets but made it clear that his own view on masks was well known in the White House, adding that "it's not helpful" for conflicting guidance to be presented "when we are trying to get people to universally wear masks".

Meanwhile, scholars at the Johns Hopkins University Center for Health Security said in a report that the United States needs to restart its response with policy actions at the federal, state and local levels to get control of the pandemic.

"Unlike many countries in the world, the United States is not currently on course to get control of this epidemic," the report says, adding that, "It is time to reset."

The report includes 10 recommendations that include universal mask mandates, federal leadership to improve testing and, in places where rates of transmission are worsening, stay-at-home orders.

Can The Coronavirus Spread Through Air?