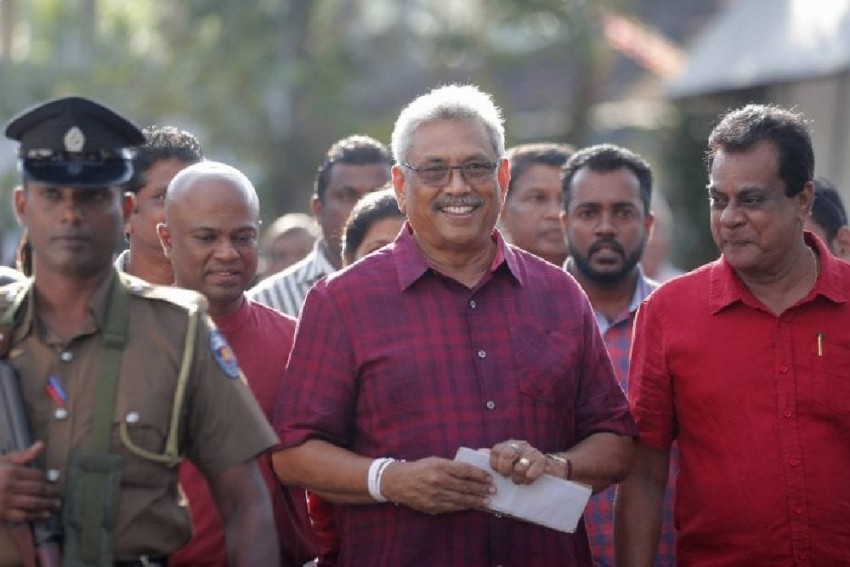 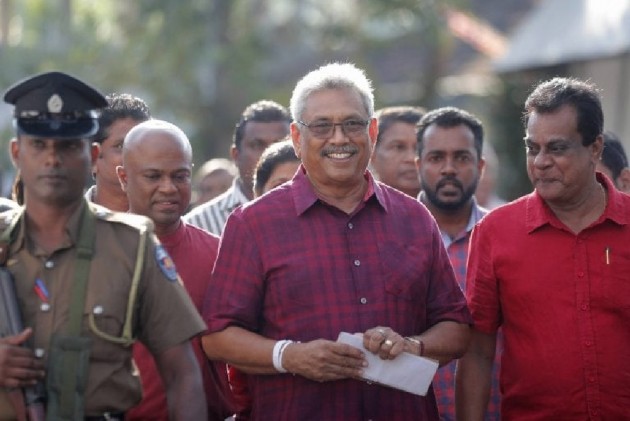 Sri Lanka's ruling party candidate Sajith Premadasa on Sunday conceded the presidential poll to main opposition leader and former wartime defence secretary Gotabaya Rajapaksa who is all set to lead the country for the next five years, months after the Easter Sunday bombings that raised security challenges.

Rajapaksa's victory marks the return of the family to the pinnacle of power in the island after they were surprisingly ousted in the previous presidential poll.

India is keeping a close watch on the elections as Rajapaksa is known to have a pro-China stance. His victory is expected to influence the geopolitics in the Indo-Pacific region.

Premadasa, 52, stepped down as the Deputy Leader of the United National Party (UNP) with immediate effect.

"It is my privilege to honour the people's decision and congratulate Mr. Gotabaya Rajapaksa on his election," said Premadasa, the ruling United National Party (UNP) candidate.

"I am grateful (to) our citizens who voted for me. I am humbled that you placed your faith in me. Your support has been a fountain of strength throughout my political career," he said on Twitter.

"As we usher in a new journey for Sri Lanka, we must remember that all Sri Lankans are part of this journey. Let us rejoice peacefully, with dignity and discipline in the same manner in which we campaigned," the former wartime defence secretary said in a tweet.

Premadasa conceded the presidential election to his rival even before the official results were announced by the Elections Secretariat.

"In light of today's decision by the electorate, I have decided to step down as Deputy Leader of the United National Party (UNP) with immediate effect," he said in a statement.

"Congratulations @GotabayaR on your victory in the Presidential elections. I look forward to working closely with you for deepening the close and fraternal ties between our two countries and citizens, and for peace, prosperity as well as security in our region," Modi tweeted.

Rajapaksa stormed ahead of Premadasa in the tightly contested presidential election in the results declared early Sunday morning.

The retired lieutenant colonel, who was the top defence ministry bureaucrat for 10 years, swept the poll in the Sinhala majority districts while Premadasa garnered most of the votes from the Tamil dominated north and east of the country.

Rajapaksa is expected to be declared as the President of Sri Lanka in the evening with a majority of over a million votes, officials said.

Meanwhile, Prime Minister Ranil Wickremesinghe, who is expected to step down after the result, is set to hold his final Cabinet meeting in the afternoon.

The current Parliament cannot be dissolved at least before February next year.

Wickremesinghe cannot be removed unless he steps down.

It is believed that Rajapaksa, after taking over as the President, would appoint his elder brother and former strongman Mahinda as the Prime Minister.

Rajapaksa will replace Maithripala Sirisena as the country's next president for a five-year term.

Sirisena had ended Mahinda's nearly a decade-long rule in 2015.

Premadasa, the son of assassinated president Ranasinghe Premadasa, is a seasoned politician with an experience of more than 25 years in the power corridors, enjoying the support of the minority Tamils with his 'man of the commoner' image.

Premadasa heavily banked on his 'man of the commoner' image - a legacy of his father Premadasa, the country's president between 1989 and 1993 until the LTTE assassinated him in 1993.

The Rajapaksa senior's legacy of ending the Tamil separatist war has made him the darling of the Sinhala Buddhist majority. Gotabhaya was his top defence ministry official who supervised the military operations against the LTTE. While doing so, he acquired the reputation of a ruthlessly efficient administrator.

According to observers, with pro-China Rajapaksa in the fray, India was keeping a close watch on the election results as its outcome will have a bearing on the country's presence in the Indian Ocean region where Beijing is increasingly making its inroads.

China, which has acquired Sri Lanka's Hambantota port in 2017 as a debt swap, has been ramping up its ties with the island nation and expanded its naval presence in the Indian Ocean with an established logistics base in Djibouti.

Beijing in July gifted a warship to Sri Lanka, in a growing sign of its deepening military cooperation with the strategically located island nation in the Indian Ocean.