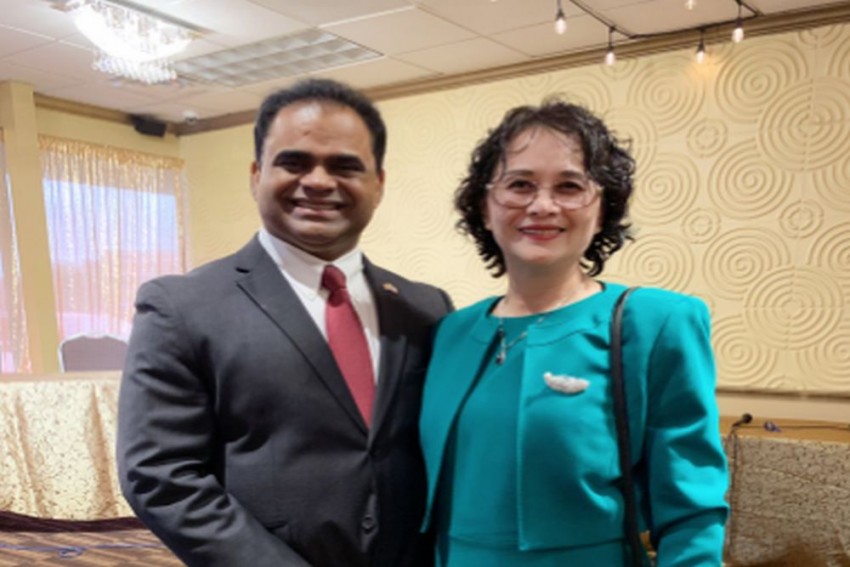 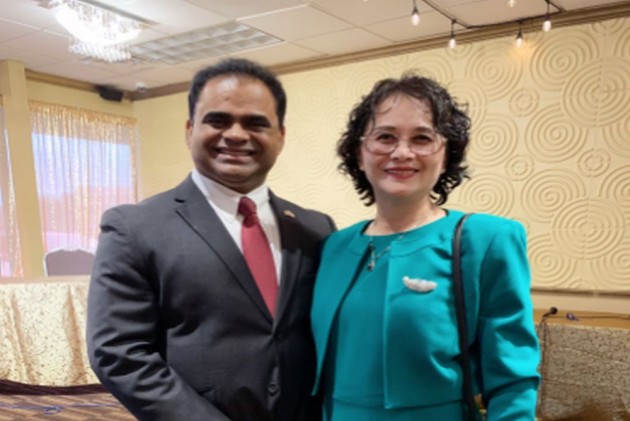 Indian-American K P George sworn in as the Fort Bend County Judge, becoming the first person from the community to hold the office of one of America's most diverse counties.

In the US, county judges' duties vary from state to state. Depending upon the size of the county, they perform a wide range of judicial and administrative duties.

The Fort Bend county has a sizeable population of Indian-Americans.

George, who hails from Kerala's Kakkodu city, said his father, a truck driver, earned only a couple of US dollars a day. He studied using a kerosene lamp.

He said that community engagement will be the top priority for his administration.

"I will continue spreading the word of county services and involving all people into the process. It is a historic moment for me as well as for the county.

"We will continue to have an open-door policy for the most diverse county which represents people who speak over 100 languages. We are here to represent each one of them and ensure a better place for residents and children of this county," George told PTI.

Rice University professor Mark Jones said George is now the most prominent Indian-American to hold an executive position in the US government.

George will govern a county with a larger population and a bigger budget than the Indian-American mayors of cities like Anaheim, California and Hoboken, Jones said, adding that as a county judge, he wields more outright power than most mayors.

While in India, George grew up speaking Malayalam and lived in a straw-thatch hut. When he was 15, his family moved to a bigger city where he attended college.

After his graduation, he got a job in Mumbai, where for the first time he started speaking English. He worked in the Middle East before moving to New York in 1993 to work for a financial firm.

Later, he moved to Texas and has been living in the Fort Bend county ever since along with his family.

"I strongly believe that success in life has nothing to do with what you gain in life or accomplish for yourself. It is what you do for others," George said.

He first ran for office in 2010, hoping to be elected as the county treasurer.

"People asked me in Richmond and Rosenberg, 'Why are you running?' It's not easy for a person like me, brown in colour, with no political power, no name recognition. I'd say, 'Because I can. I'm not a felon. I'm a citizen. Thank you, USA! I hold your values close to my heart.

"I honestly believe this is the time for me to do public service rather than complain. I am taking responsibility to get involved and work for the US, the country that has given me everything I've dreamed of," George added.