Crashed Ukraine Plane Had 82 Iranians, 63 Canadians On Board: Minister

The Ukrainian airliner carrying 176 passengers crashed shortly after takeoff from Tehran, killing all on board, officials in Iran said. 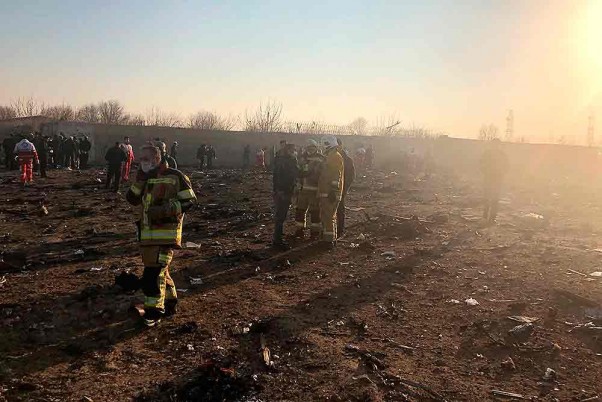 The Ukrainian plane that crashed outside Tehran on Wednesday morning, killing all on board, was carrying 82 Iranian and 63 Canadian nationals, a Ukrainian minister said.

The Ukrainian airliner carrying 176 passengers crashed shortly after takeoff from Tehran, killing all on board, officials in Iran said.

It slammed into farmland at Khalaj Abad, in Shahriar county, about 45 kilometres northwest of the airport, according to reports on state media.

Zoom's $14.7 Billion Deal With Five9 Under Review For National Security