Most infections are happening in children and young adults, but they are rising in older people too, increasing at a similar rate in the over 50s and the under 50s. 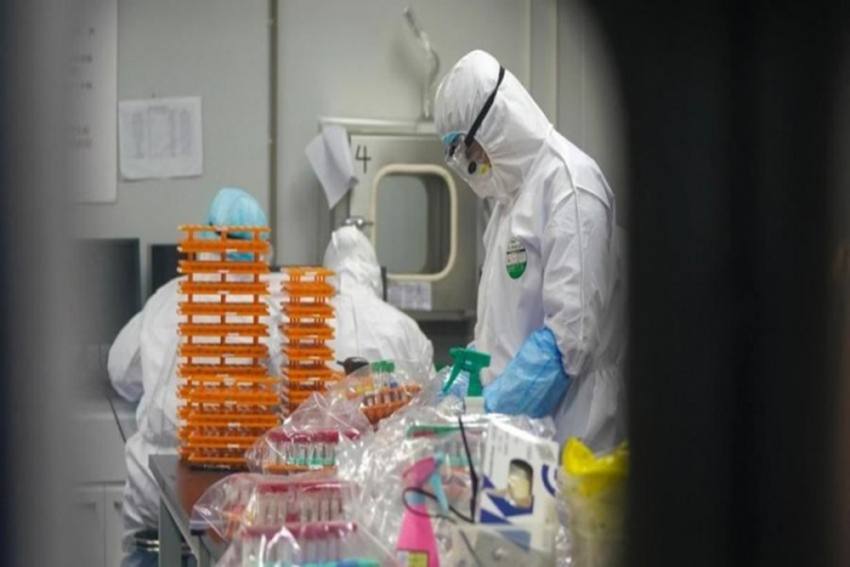 In the study’s previous testing round patterns of infection were fairly similar across the country, but the latest data showed substantial regional variation.
File Photo
Outlook Web Bureau 2021-06-17T14:54:54+05:30 Covid Cases Now Doubling Every 11 Days As It Spreads Among Children 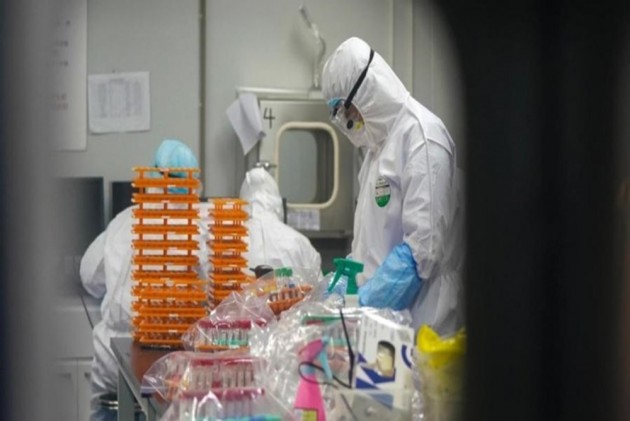 Covid-19 cases are "rising exponentially" across England as it spreads among younger and mostly unvaccinated people. A study commissioned by the Government found that Covid infections have increased 50 per cent between May 3 and June 7, coinciding with the rise of the Delta variant which was first detected in India and is now dominant in the UK.

The number of people infected with the coronavirus is increasing rapidly, doubling every 11 days.

The Imperial College London led Real-time Assessment of Community Transmission (REACT-1) analysis, based on over 100,000 home swab tests taken between May 20 and June 7, estimates that 0.15 per cent of people have the deadly virus, or roughly 1 in 670.

It found that the link between infections, hospitalisations and deaths had been weakening since February, but since late April, the trend has been reversing for hospitalisations.

“We found strong evidence for exponential growth in infection from late May to early June in the REACT-1 study, with a doubling time of 11 days on average for England,” said Professor Paul Elliott, director of the REACT programme from Imperial’s School of Public Health.

“These data coincide with the Delta variant becoming dominant and show the importance of continuing to monitor infection rates and variants of concern in the community,” he said.

The findings come days after UK Prime Minister Boris Johnson announced a month-long delay to an end to lockdown restrictions, citing the rising number of cases of the Delta variant – first identified in India.

“These findings highlight the stark context in which we took the difficult decision to delay Step 4 of the roadmap out of lockdown,” said UK Health Secretary Matt Hancock.

“Cases are now rising, but thanks to our incredible vaccination programme and enhanced response package including surge testing, we have the tools to curb the spread of this virus. We all must hold our nerve that little bit longer as our vaccine rollout continues and I urge everyone to keep observing hands, face, space and fresh air, and make sure you receive both doses of the vaccine for the best possible protection,” he said.

The Imperial study scientists estimate that the reproduction number, or R number, of the deadly virus is now well above one at 1.44, meaning 10 infected people would pass the virus on to 14 others on average, resulting in fast growth of the epidemic.

Most infections are happening in children and young adults, but they are rising in older people too, increasing at a similar rate in the over 50s and the under 50s.

“Even though we are seeing the highest infection prevalence in younger people who are less susceptible to COVID-19, if this growth continues it will drive up infections in older, more vulnerable people, as the vaccines are not 100 per cent effective and not everyone has been fully vaccinated,” said Professor Steven Riley, Professor of Infectious Disease Dynamics at Imperial.

“This would lead to more hospitalisations and deaths, and risks straining the NHS, which is why it’s vital that people take up their vaccine offer and continue to stick to the rules,” he said.

The REACT-1 study is an ongoing pandemic study, led by Imperial and carried out in partnership with Ipsos MORI, tracking current coronavirus infections in the community by testing randomly selected people each month over roughly a two-week period.

For this latest round, 108,911 people swabbed themselves at home and their samples were analysed by PCR testing – 135 of these were positive, of which the vast majority (around 90 per cent) were the Delta variant at the end of the study round.

This, it notes, is consistent with Public Health England (PHE) data reporting that the variant accounts for 90 per cent of infections.

In the study’s previous testing round patterns of infection were fairly similar across the country, but the latest data showed substantial regional variation.

The highest prevalence was found in the North West at 0.26 per cent, up from 0.11 per cent in the previous round, while the South West had the lowest at 0.05 per cent, slightly down from 0.07 per cent.

The study has also been tracking the relationship between infections, hospital admissions and deaths across different age groups.

Since February, the link between infections, hospitalisations and deaths has weakened in people aged 65 and above, while there has been a recent reversal of these trends for those under 65, which likely reflects lower vaccination rates in this group.