Home  »  Website  »  International  »  Coronavirus Pandemic Has Not Peaked Yet, Warns WHO 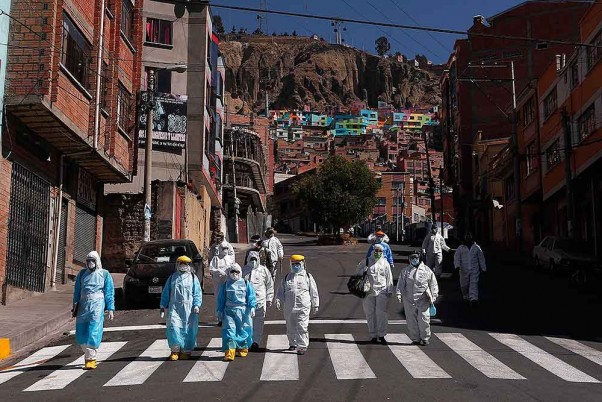 The Director-General of the World Health Organization, Tedros Adhanom, on Tuesday said that the Coronavirus pandemic is accelerating and that it had not reached its peak yet.

The WHO chief said that while there has been progress in reducing deaths, many countries have implemented targeted actions toward the most vulnerable groups.

The outbreak is accelerating and we have clearly not reached the peak of the pandemic.

Noting the marked increase in the number of confirmed cases being reported in the past five or six weeks, he warned that a spike in deaths could be soon to follow.

Ryan said the number of COVID-19 deaths appeared to be stable for the moment, but he cautioned that there is often a lag time between when confirmed cases increase and when deaths are reported due to the time it takes for the coronavirus to run its course in patients.

Ryan also dismissed the idea that the significant jump in cases was due to more widespread testing and, said, “This epidemic is accelerating."

He says he hopes the collective knowledge gained about effectively treating COVID-19 patients helps keep the death rate relatively low, but that can't be guaranteed.

“We've only really experienced this rapid increase in cases over the last five to six weeks,” Ryan said. “So I don't think it should be a surprise if the deaths start to rise again.”

US Formally Notifies UN Of Decision To Withdraw From WHO