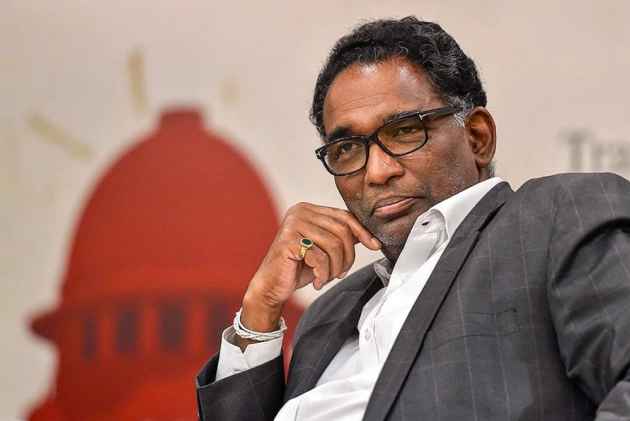 Justice Jasti Chelameswar has been known for some unconventional moments in recent years. While he officially retires in June from the apex court, his last official working day was today, when he appeared on a bench with the sitting CJI, Justice Dipak Misra. In many circles it is believed that the two are at loggerheads due to recent controversies.

During a flight to Guwahati, Justice Chelameswar had a layover in Kolkata. At the time, there was some deficiency in service extended to him. After he returned to Guwahati, he casually mentioned it to some colleagues doing a chat. The colleagues decided that it was an affront to the entire HC and they would end the reciprocal arrangement between the two HCs.

But before it could be officially communicated, the arrangement was terminated in practice that very day. As a result, a Calcutta HC judge who landed with his family in Guwahati that evening had to make arrangements for himself.

It was a minor issue but one that greatly troubled the late Justice Altamas Kabir, who was from Calcutta. It is believed that for this reason, he did not agree to Justice Chelameswar’s elevation to the SC for quite some time. After some time, other members of the collegium were able to convince him to agree to the appointment based on merit.

“Being appointed a Supreme Court judge is a great honour, your work in the apex court is a great service and goes down in history. Why do so many people want to be Chief Justice?” said a member of the collegium that had appointed all of these three judges.

This has been a much-discussed perception about Justice Chelameswar because his elevation to the Supreme Court was delayed and thus “he lost a chance” at becoming a Chief Justice of India.

This notion was discussed widely -though in hushed tones- on at least four occasions:

— Justice Chelameswar gave a dissenting view on the NJAC (or Fourth Judges) case. He had disagreed with a constitutional bench that the collegium of judges should appoint itself.

— Justice Chelameswar opted out of collegium meetings, preferring to instead view and pass decisions on appointment through “rotation” or in his own chambers.

— When the medical college bribery scam was mentioned before Justice Chelameswar, he put it up before a constitutional bench of the five senior most judges [after the CJI].

— When Justice Chelameswar and three other judges held a press conference in January 2018.

On at least two occasions, a group of lawyers had filed petitions to challenge the appointment of chief justices. This was when Justice JS Khehar and Justice Misra were to be elected. They seemed to prefer Justice Chelameswar for his stands.

There is no guarantee that the CJ of a HC will be automatically elevated to the Supreme Court. The Supreme Court also tries to give equal representation to the states in its roster, subject to the size of the state and its high court. For example, Sikkim HC may have two judges and so can’t have the same representation as Uttar Pradesh which has a sanctioned strength of 160 judges (though only around half is filled). It is due to the equal representation factor, sometimes seniority may be skipped.

In June 2017, Justice AK Mittal of P&H HC was considered for appointment as chief of the Delhi HC. A SC judge (who had worked in the P&H HC) opined it was better to wait till Justice SS Saron retired. Justice (retd) Saron was then the acting chief of P&H HC and senior to Justice Mittal.

In January, this year, when the collegium was considering appointments, it decided to supercede Justice Mittal and appoint Justice Suryakant instead. That is now still on hold since another SC judge, Justice Adarsh Goel (formerly with the P&H HC) has disagreed with the collegium’s decision.

As per the Supreme Court website, the dates of appointment are as under:

Appointed as chef justice of a High Court: 29 November 2009

Appointed as chef justice of a High Court: 23rd December, 2009

Appointed as chef justice of a High Court: 17th March 2010