Here’s the cream of the crop from the motorcycle show in Cologne, Germany 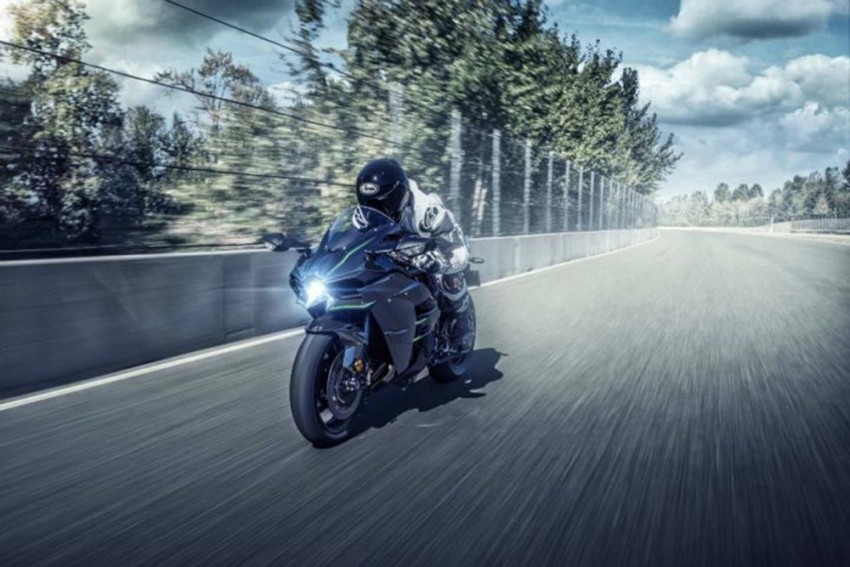 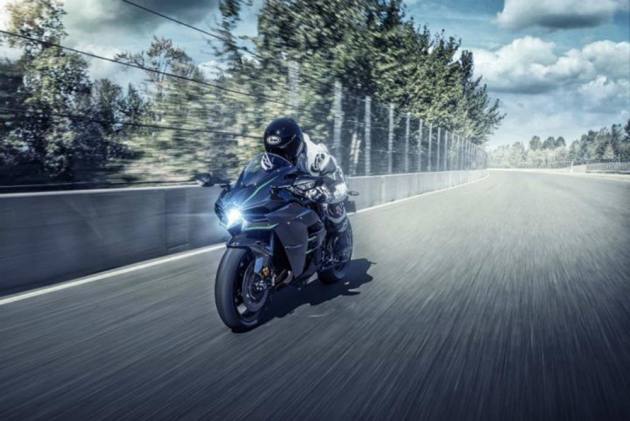 With the Intermot motorcycle show coming to a close, we’ve seen quite a few bikes being unveiled. While some got new paint schemes for 2019, others received substantial updates for the upcoming year to stay ahead of the competition. As the title suggests, we won’t be listing down each and every bike, but just the best of the show. 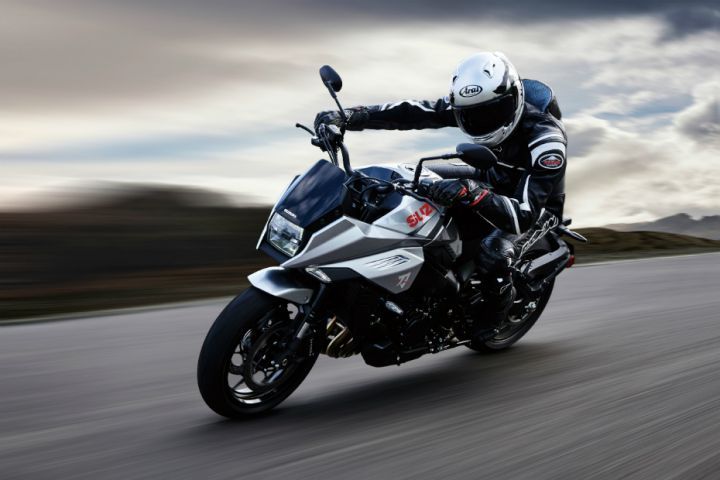 The Suzuki Katana is without a doubt one of the most significant names in motorcycling history. Inspired by the Japanese sword used by Samurais, the Katana’s design was nothing short of other-worldly. It’s sharp lines, cohesive bodywork and silver livery was like nothing ever seen before. Moreover, it was claimed to be the fastest production motorcycle back in the early 80's. Suzuki has now revived the bike inspired by the same uncanny looks, however, now it comes packed with modern features.

It runs on the long-stroke version of the 2005-08 GSX-R1000 which is essentially a 999cc, inline-four, liquid-cooled motor that puts out 152PS of power at 10,000rpm and peak torque of 107.9Nm at 9500rpm. It comes paired with a 6-speed transmission assisted by a slipper clutch. The bike also features electronic rider aids like a three-mode traction control system. 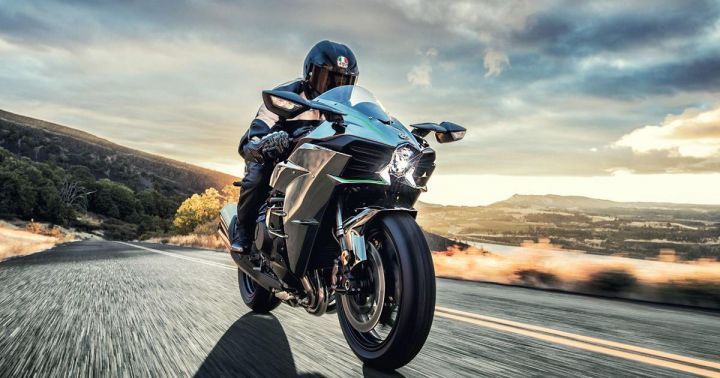 Just when we thought we finally had a motorcycle that was intimidating enough, the folks at Kawasaki decided to squeeze out more power from the 998cc, inline-four, supercharged engine. Both the H2 and H2 Carbon now see a massive bump up in power - it stands at 231PS now, compared to the previous output of 205PS (without ram air). With the help of ram air, the power leaps to a mind-boggling 243PS a significant increase from the previous 213PS. Peak torque is also up from 133.5Nm to 141.7Nm.

Aside from these ludicrous power figures, the bike gets a new TFT screen with smartphone connectivity, all LED-lighting and a stunning ‘self-healing’ paint. Everything else remains unchanged. 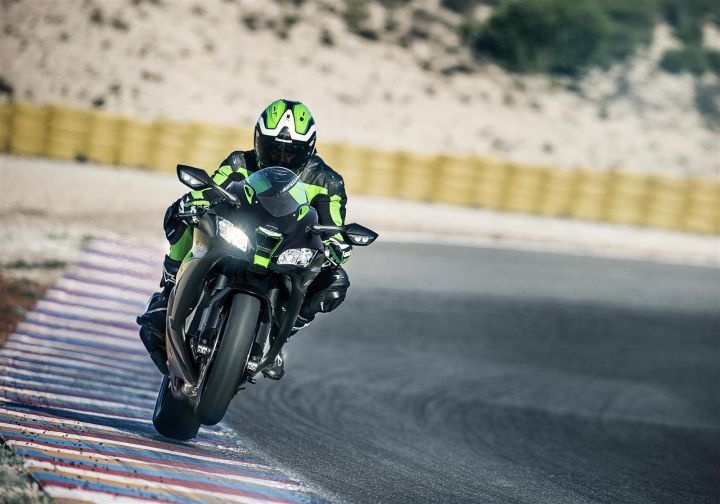 Kawasaki claims that the new range of Ninja ZX-10R bikes are lighter and faster than its predecessors. The entire Ninja ZX-10R range which comprises of ZX-10R KRT, ZX-10RR and the ZX-10R SE, gets a host of updates. The most substantial change is the new ‘finger follower actuator’ which further increases the power of the bike. In fact, the upgraded components have helped the bikes shed 20 per cent of weight and squeeze out more power at higher revs - 3PS more to be precise, courtesy of which peak power now stands at 203PS. Likewise, torque now stands at 114.9Nm at 11,200rpm which is a bump up of 1.4Nm over its predecessor.

Furthermore, the 2019 ZX-10R range gets red cylinder heads and DLC (Diamond-like Carbon) coating on the cams to safeguard them against wear and tear. 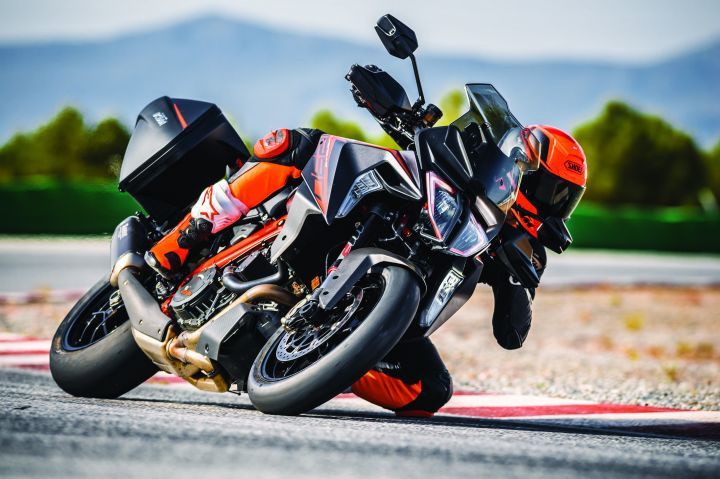 Yeah, that's what happens when you slap touring equipment onto a 1290 Super Duke R - just the right recipe for a Grand Tourer. The new 2019 1290 Super Duke GT though gets more electronic aids, a new love-it-or-hate-it front-end design and a bit more practicality compared to its predecessor.

As for the electronic updates, it gets a new 6.5-inch TFT instrument console with smartphone connectivity, heated grips, a lean-angle sensor for braking, and traction control. Additionally, the GT gets electronic WP suspension at both ends with 3 levels of adjustment - Comfort, Street, Sport and an optional ‘Track mode’. The suspension can be tweaked with these settings, on the fly, at just the click of a button. 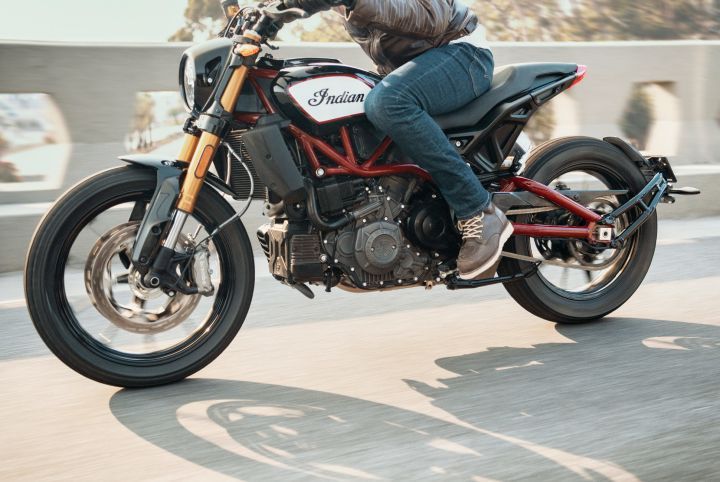 If you like getting your tail out while riding, in a safe environment of course, you might want to look at the new line of flat-track motorcycles from Indian. Essentially, the FTR 1200 and 1200S are toned-down versions of their race counterpart, the FTR 750, which won back-to-back flat-track titles in its segment. Although, unlike the FTR 750, the two road-legal flat-trackers feature a round LED headlamp, exposed trellis frame and an upswept exhaust instead of one running parallel to the seat. The teardrop tank, on the other hand, seems to be quite similar to the FTR 750. That said, the only way to tell the base FTR 1200 apart from the S model are gold finished forks, race replica colour scheme, and a 4.3-inch TFT touchscreen with three riding modes.

Premium features aside, both bikes get wheelie and lean-sensing stability control and a traction control system as standard. The 1203cc V-twin motor, sourced from the Indian Scout has been tweaked to produce 120PS (20PS more) of power and 112.5Nm of torque (14.8Nm more). It comes mated to a 6-speed transmission aided by a slip-and-assist clutch.

Given the India link, we expect the Kawasaki Ninja ZX-10R range and the Indian FTR 1200/1200S to make it to Indian shores pretty soon. Since the H2 is already on sale in India, we expect the more powerful version to come here too.