Deepak Chahar, playing in his second T20I, returned with 3-1-4-3 to record the second most economical figures (minimum three overs) for India in the shortest format of the game 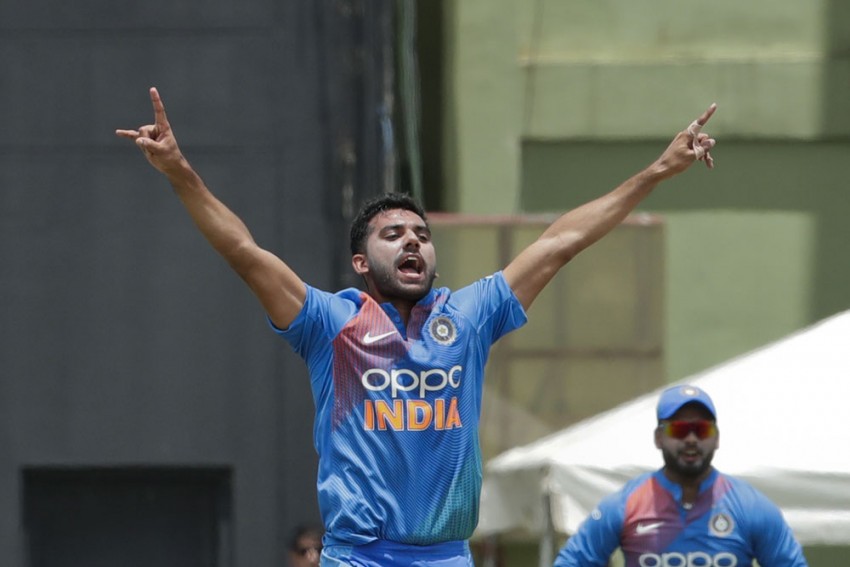 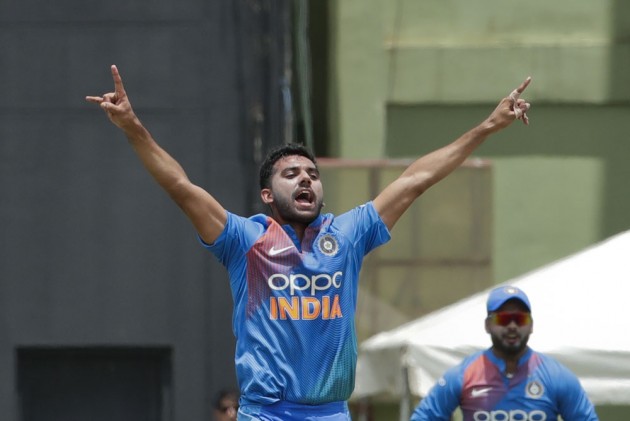 In case you missed what Deepak Chahar did with the West Indies batsmen in the third and final T20I match at Providence on Tuesday, here's the recap: 3-1-4-3. In a sport which has numbers for every yardstick, these integral numbers with interludes represent a dream sequence.

Playing in his second T20I match, playing the role of an elder brother, literally, to debutant Rahul Chahar, Deepak reduced the Windies to 14/3 inside four overs. Having claimed the wickets of Evin Lewis, Sunil Narine and Shimron Hetmyer, Deepak was in a different plane. After two overs, his figures read: 2-1-3-3. He did concede a single in the third over, but without success. And that's it, not even a full quota of four overs. Yes, skipper Virat Kohli will need some explaining to do.

And instantly, the 26-year-old right-arm-pacer from Agra became a darling of Indian fans. It's not that he's an unknown entity in the cricket world, but the manner in which he let the ball talk -- that's the enduring part of his third outing in India colours. Also, it's not a coincidence that MS Dhoni trusted the youngster with his life during Chennai Super Kings' 2019 Indian Premier League campaign, where they finished runners up to Mumbai Indians.

Coming to the 'darling' part, here are some fan reactions:

Two in an over for Deepak Chahar. He is swinging it, and swinging it well ðÂÂÂÂÂÂÂÂÂÂÂÂÂÂÂhttps://t.co/qsJl8dVFOQ pic.twitter.com/Y7v71QTEpa

Super King Deepak Chahar weaves his magic by dismissing 3 of Windies’s top batsmen in his first match of the series!ðÂÂÂÂÂÂÂÂÂÂ¥ðÂÂÂÂÂ¦ÂÂÂÂÂ

Deepak Chahar debutant bowled 3 overs gave 4 runs and took 3 wickets. WI are hitting in final overs but Kohli doesn't give him ball. And he doesn't complete his quota. WTF. Someone should learn how to demoralize from Kohli. #WIvsIND #ViratKohli

For the record, his figures are the second most economical figures (minimum three overs) for India after Bhuvneshwar Kumar's 3-0-3-0 against the same opponents at Mirpur, Bangladesh in 2014.l

His cousin, Rahul -- another prodigious Chahar -- returned with figures of 1/27 from his spell of three overs. Not a dream a start like Navdeep Saini's incendiary debut last week, but certainly one of the best spells from an Indian pacer.

Windies set a 147run target for India. A win is all Virat Kohli & Co need to whitewash the Carribeans.