Jwala Gutta was earlier married to fellow shuttler Chetan Anand. Vishnu Vishal was also married before and has a son from the marriage 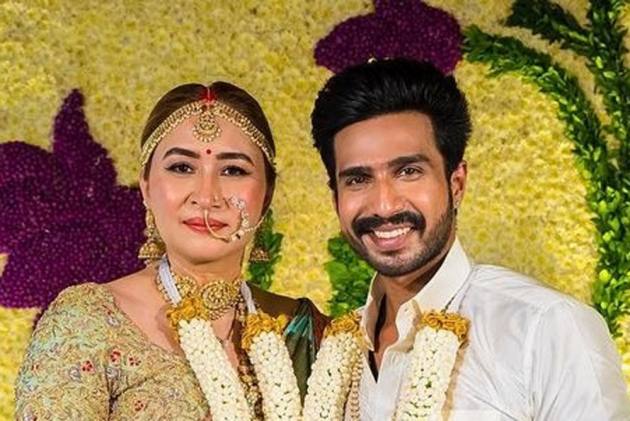 The couple tied the knot in a private ceremony, sources close to Gutta told PTI.

Telangana Excise Minister V Srinivas Goud, was among the prominent persons, who attended the wedding and blessed the couple.

Jwala and Vishal had recently announced their marriage on social media.

Photos of the pre-wedding ceremony of Jwala and Vishal were also circulated on social media.

The 36-year-old then went on to act in Tamil films and produce a few like 'Silukkuvarupatti Singam,' 'Velainu Vandhutta Vellaikaaran' and 'Ratsasan.'

Vishal was also married before and has a son from the marriage.