MS Dhoni Is 'The Best White-Ball Cricket Captain I Have Seen': Michael Vaughan

Michael Vaughan feels former India cricket team captain MS Dhoni is the best white-ball captain, he has ever seen. Dhoni exited the Test format in 2014, and in passed the captaincy of white-ball cricket to Kohli. Under Dhoni's leadership, India won the 2007 World T20 and 2011 World Cup. 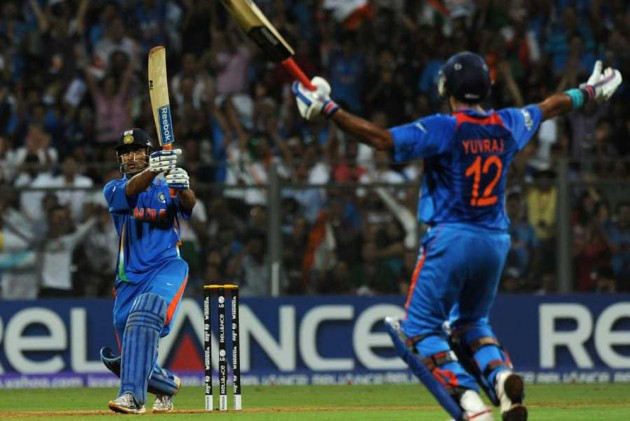 Every Indian cricket fan cherishes MS Dhoni's captaincy close to his or her heart. Mahi is a legend, and we all know it. The way he revolutionized the sport in this country during his captaincy is mythical, and he is arguably the best white-ball captain, the world has ever seen. Even former England captain Michael Vaughan feels the same! In an interview with the Times of India, he called MSD as the best limited-overs captain, he has even seen grace the field.

"MS Dhoni doesn't do international captaincy anymore but in our era, Dhoni is the best white-ball captain I have seen...the way he manoeuvres from behind the stump, just reads play, thinks out of the box, handles the pressure card and is also great with the bat," said Vaughan.

It has been quite sometime, since Dhoni passed on the captaincy to Virat Kolhi in all forms of international cricket, but the country still misses him, who is currently on a sabbatical after India's exit from the 2019 World Cup.

Vaughan also pointed out the strengths of Kohli. "In Tests, Virat Kohli is busy, energetic, a brilliant batsman, full of life. I like the way he captains," he said.

Regarding captaincy mentality, Vaughan quipped, "It goes beyond the actual tactical side of the pitch. You need to have a strong cricketing brain and a strong idea of how to manage people. It is also the way you portray yourself in the public, how you handle the media, the messages you send, the structure and goal that you set for the team. Good captains give their team a vision of what they want to achieve over the course of the next few months and years."

Dhoni exited the Test format in 2014, and in sometime passed the captaincy of white-ball cricket to Kohli. Under Dhoni's leadership, India won the 2007 World T20 and 2011 World Cup.