Catch Day 3 highlights and cricket scores of the ICC World Test Championship final between New Zealand and India, being played at the Rose Bowl, Southampton 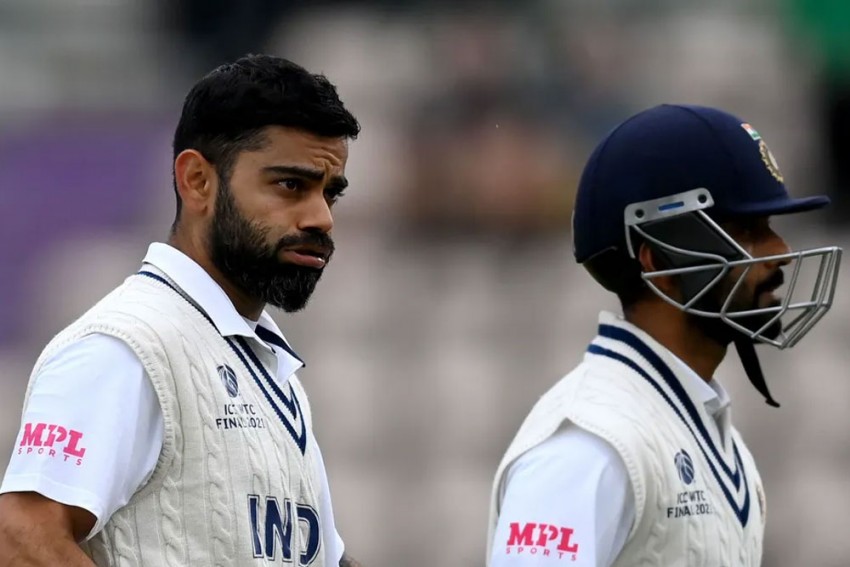 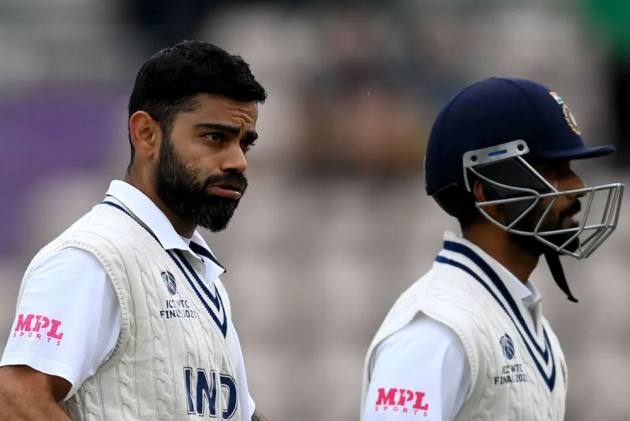 New Zealand were 101 for two in their first innings at stumps on Day 3, trailing India by 116 runs in the ICC World Test Championship final at the Rose Bowl, Southampton Sunday. Skipper Kane Williamson and veteran Ross Taylor were batting on 12 and 0 respectively when bad light forced early stumps. Ishant Sharma removed opener Devon Conway (54 off 153) towards the end of the day after Ravichandran Ashwin had given India the first breakthrough by removing Tom Latham for 30.  India were all out for 217 with Kyle Jamieson completing a five-wicket haul (5/31), including the prized one of India skipper Virat Kohli, who could not add to his overnight 44. Ajinkya Rahane (49 off 117) was playing well until he threw his wicket away with a half-hearted pull off Neil Wagner. The dangerous Rishabh Pant (4 off 22) did not last long, falling to a loose drive off Jamieson with Tom Latham taking a brilliant catch in the slips. Ravichandran Ashwin scored a valuable 22 off 27 in difficult conditions. Ravindra Jadeja was the last man to be dismissed on 15. India had resumed the day at 146 for three.  Catch Day 3 highlights of the IND vs NZ match here:

11:02 PM IST: Stumps! Ishant Sharma removed Devon Conway for his 200th Test wicket away from home and Ross Taylor arrived to join skipper Kane Williamson. Then the umpires check the light meter. And that's it for the day.

7:41 PM IST: Well, some drama. New Zealand openers are back. That's possibly the shortest of breaks.

6:37 PM IST: That's quick. Fifer for Kyle Jamieson. He removed both Ishant Sharma and Jasprit Bumrah. India dismissed for 217. Then, Trent Boult got the wicket of Ravindra Jadeja.

6:13 PM IST: Players are back for the post-lunch session. Onus on Ravindra Jadeja to score some crucial runs.

5:34 PM IST: India in dire straights. Lose quick wickets, including the big ones. 211/7 in 89 overs. Ravindra Jadeja and Ishant Sharma were unbeaten, on 15 and 2 runs respectively.

3:30 PM IST: Players are out in the centre. Virat Kohli on strike, against Trent Boult, who has two balls remaining from yesterday's final over.